Road Trip Down the Romantic Road

In April 2018 we drove along the Romantic Road in Germany on our second international road trip. Although this drive is much shorter than that of the Ring Road in Iceland, it holds unbelievable charm and spectacular sights. 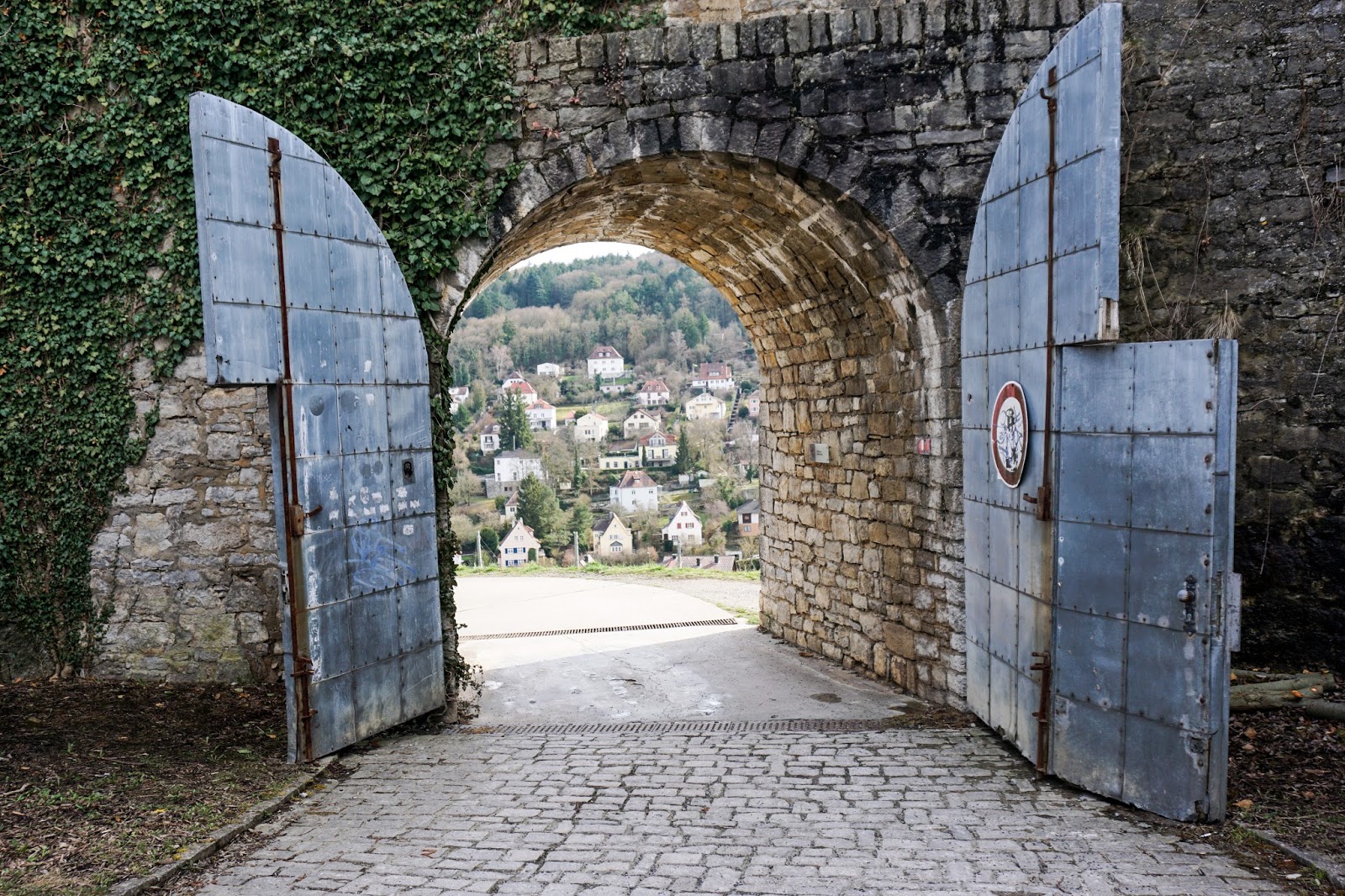 Würzburg
After our red-eye flight into the Frankfurt airport, we headed south to Würzburg for our first night in Germany. On about four hours of sleep, we ventured out into the city. We parked at the Fortress Marienberg and walked into the city after exploring the grounds. From the fortress we had a great view of the entire town and the acres of vineyards. We'd love to go back when the grapes are in season!
From the fortress we watched crowds of people on the Old Bridge and thought perhaps there was a tour group admiring the river. When we got down to the bridge we discovered not a tour group but instead numbers of locals enjoying a glass of wine and some street musicians on Saturday evening. Though we would have loved to join them, we needed dinner and sleep. After about 15 hours of travel we looked for a quick and light option for food. I was thrilled to discover Dean & David, a fast casual chain that offers salads, sandwiches, soups and even curry dishes. We visited at least 3 other Dean & David locations throughout our trip, favoring them for our lunch option.

After a long night's sleep, we visited the Residenz on Sunday morning. The Residenz, built in the 1700's, boasts almost 400 rooms built for Bishop Johann Philipp Franz von Schönborn and his brother Friedrich Carl von Schönborn. Admission was 7.50 euros which apparently includes a tour, but we opted out since the English tour was 2 hours later than our visit. If you aren't on a time crunch you might want to look at the tour times before your visit and plan accordingly. We spent about an hour inside viewing the decadent decor in each of the rooms. Unfortunately, photography is not permitted inside so you'll have to take a visit to see for yourself!

Rothenburg
We arrived in Rothenburg around lunch time and felt like we were transported into the land of Hansel and Gretel when we walked through the city walls. The walls keep the town authentic without any gas stations or Walmart supercenters. Inside there are dozens of little shops with some of the best souvenirs we've found in our travels. We loved the numerous Christmas themed stores with their wooden ornaments and miniature villages. Over the span of three hours we popped in and out of the shops and stopped for soup when the rain picked up. 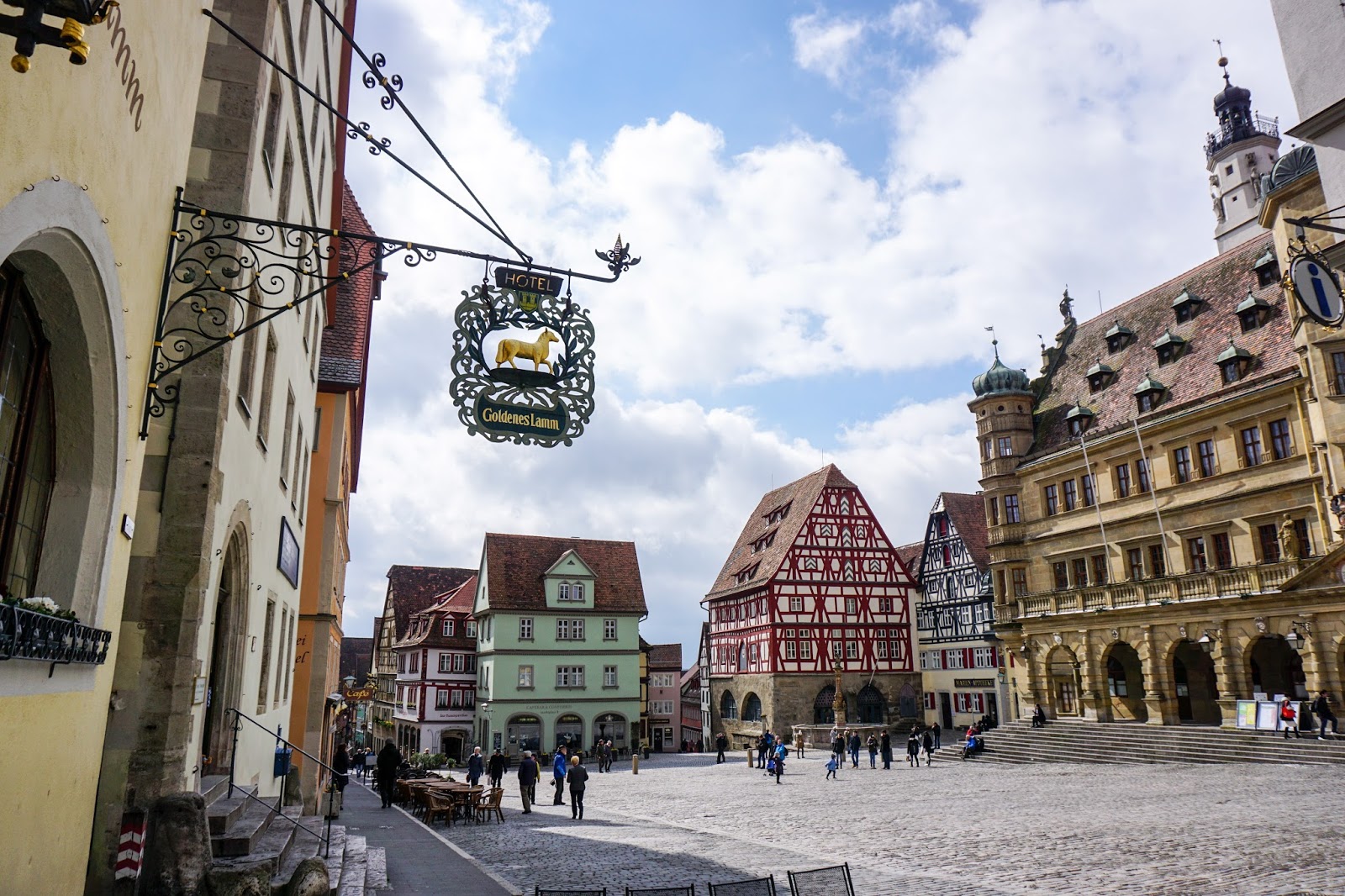 Dinkelsbuhl
We didn't find Dinkelsbuhl to be nearly as charming as Rothenburg, but we still enjoyed the cobblestone streets and authentic German homes. Unfortunately, a lot of shops were closed during our visit due to Easter Monday. Since we were pretty much shopped out after Rothenburg, we were OK with this but struggled to find things to do after exploring the town. We ended up taking a little break in our car until dinner which was nice after all the walking we did in both towns. Then we found a restaurant called the Golden Lamb where we had our first beer experience in Germany. We were more impressed with the beer than the food and kept raving about it all the way to Tannhausen where we spent the night. 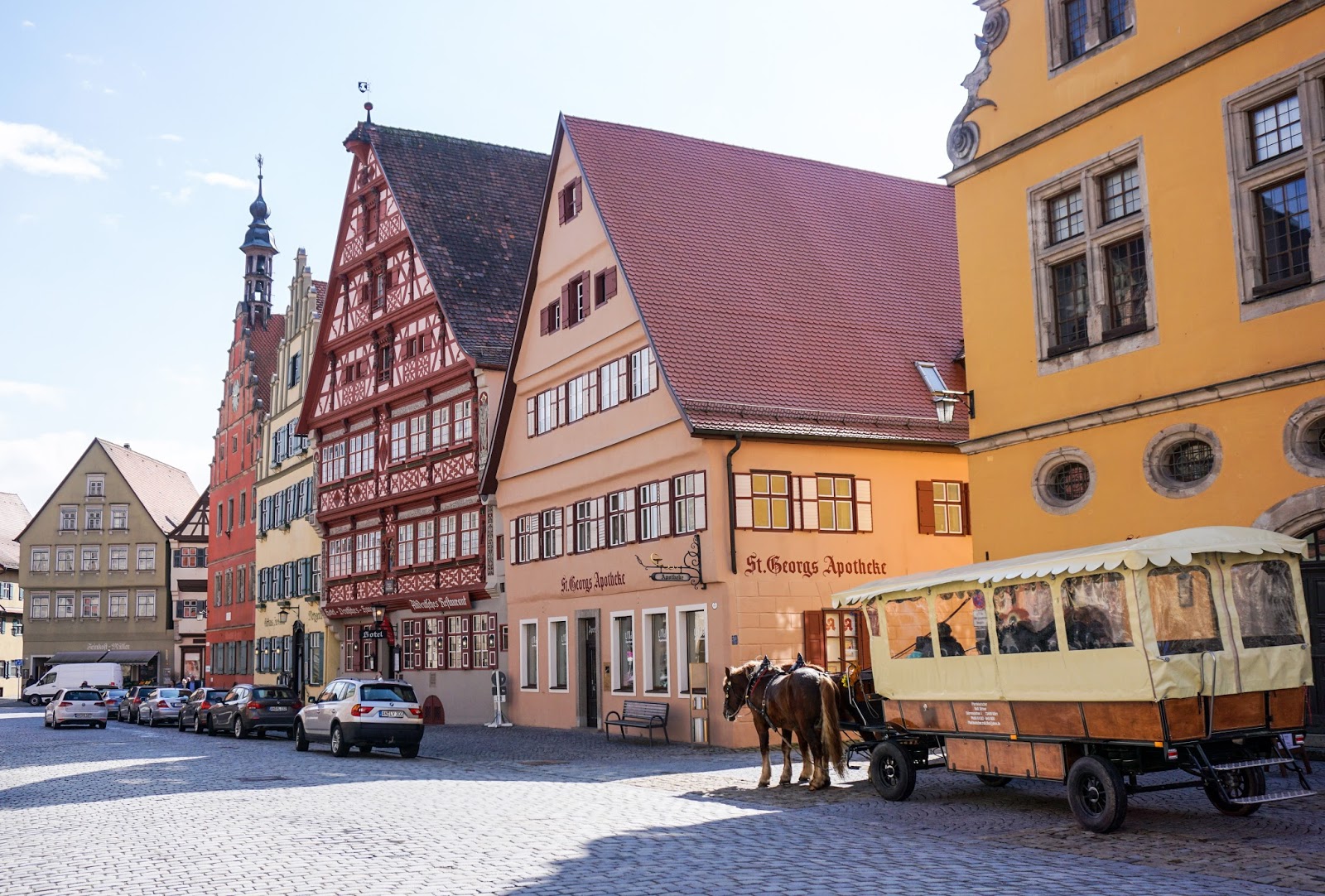 Posted by Courtney at 4:49 PM
Email ThisBlogThis!Share to TwitterShare to FacebookShare to Pinterest