Road Trip Along the Amalfi Coast

Picturesque beaches, colorful architecture, and mountainous landscapes paint the Amalfi Coast. Despite the stressful driving and crowds, we thoroughly enjoyed our road trip along the coast and would recommend it to anyone adventurous enough to take on Italian roads. 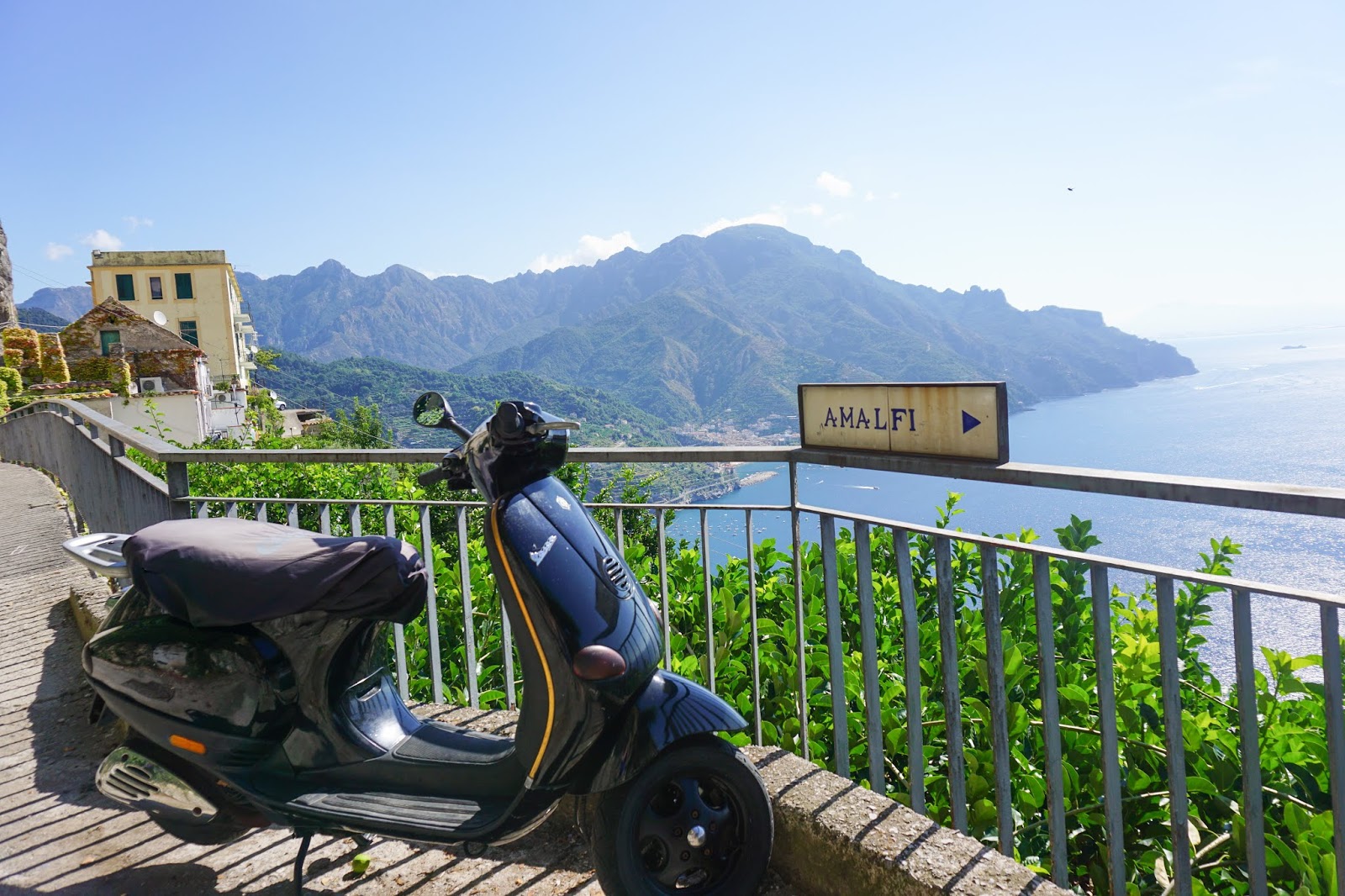 Herculaneum and Pompeii
Mount Vesuvius erupted in 79 A.D. burying the cities of Herculaneum and Pompeii in meters of ash, which preserved these historical sites. We visited Herculaneum first, arriving as the site opened. Perhaps it was the slight drizzle or the early hour that allowed us to explore the area with very few other tourists around. We were amazed at the freedom we had to get so close to the ruins and saddened by the graffiti along some of the walls. The immaculate artwork and preserved human bones stood out amongst the memorable city. After a little more than two hours, we headed out for pizza just outside the entrance. 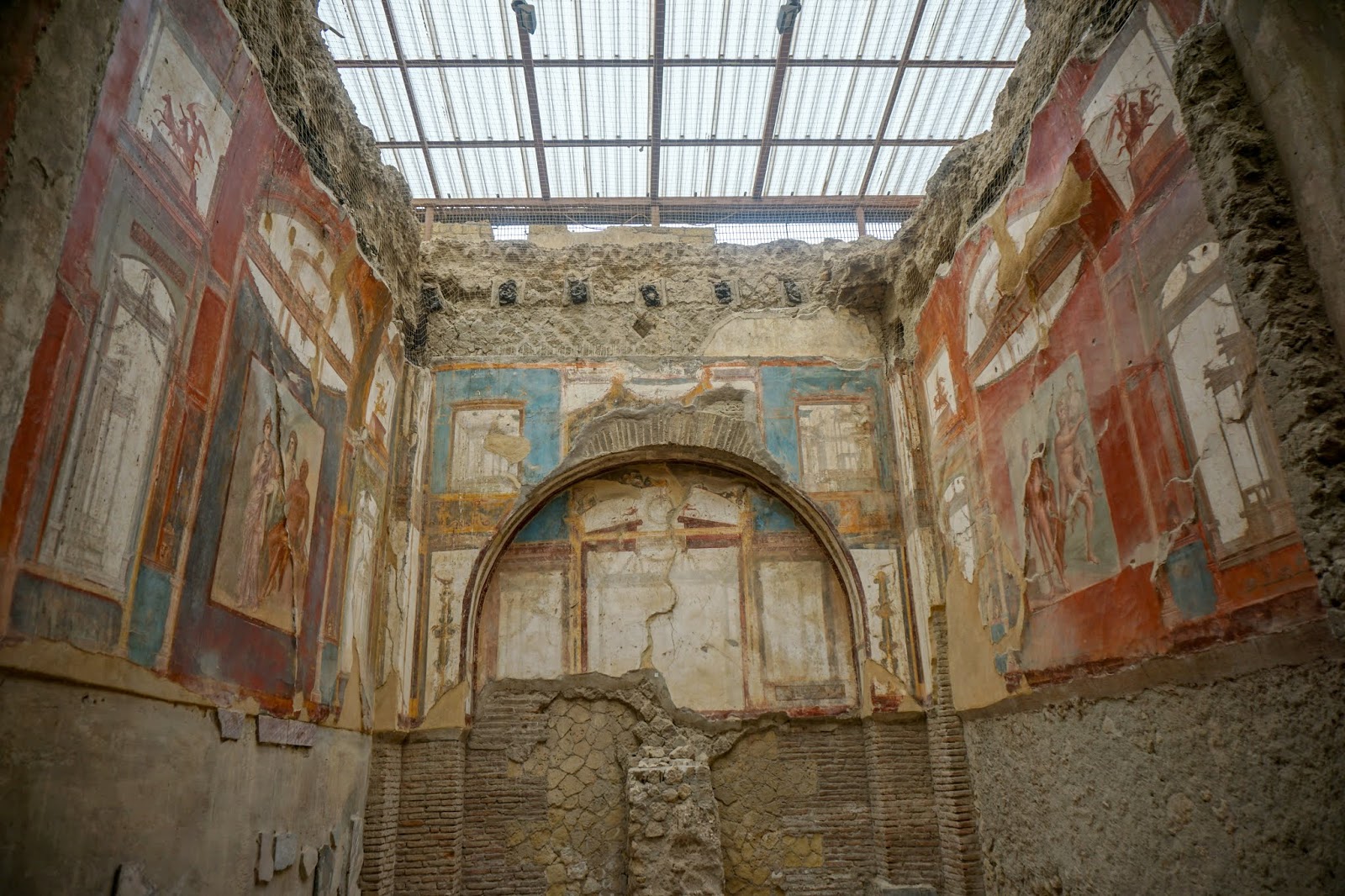 We drove for about 30 minutes to get to Pompeii, the more famous of the two cities. Although Pompeii was larger, we enjoyed our visit less than Herculaneum due to the crowds. Additionally, many areas of the city were roped off or only open at certain hours to reduce the impact on the ruins. Pompeii felt a bit more touristy with large guided groups and venders both outside the entrance and in the park. Overwhelmed by the size, we rented audio guides which took us to the must see spots and gave a little background. We still appreciated the vast remains; however it probably would have been better first thing in the morning with less people. 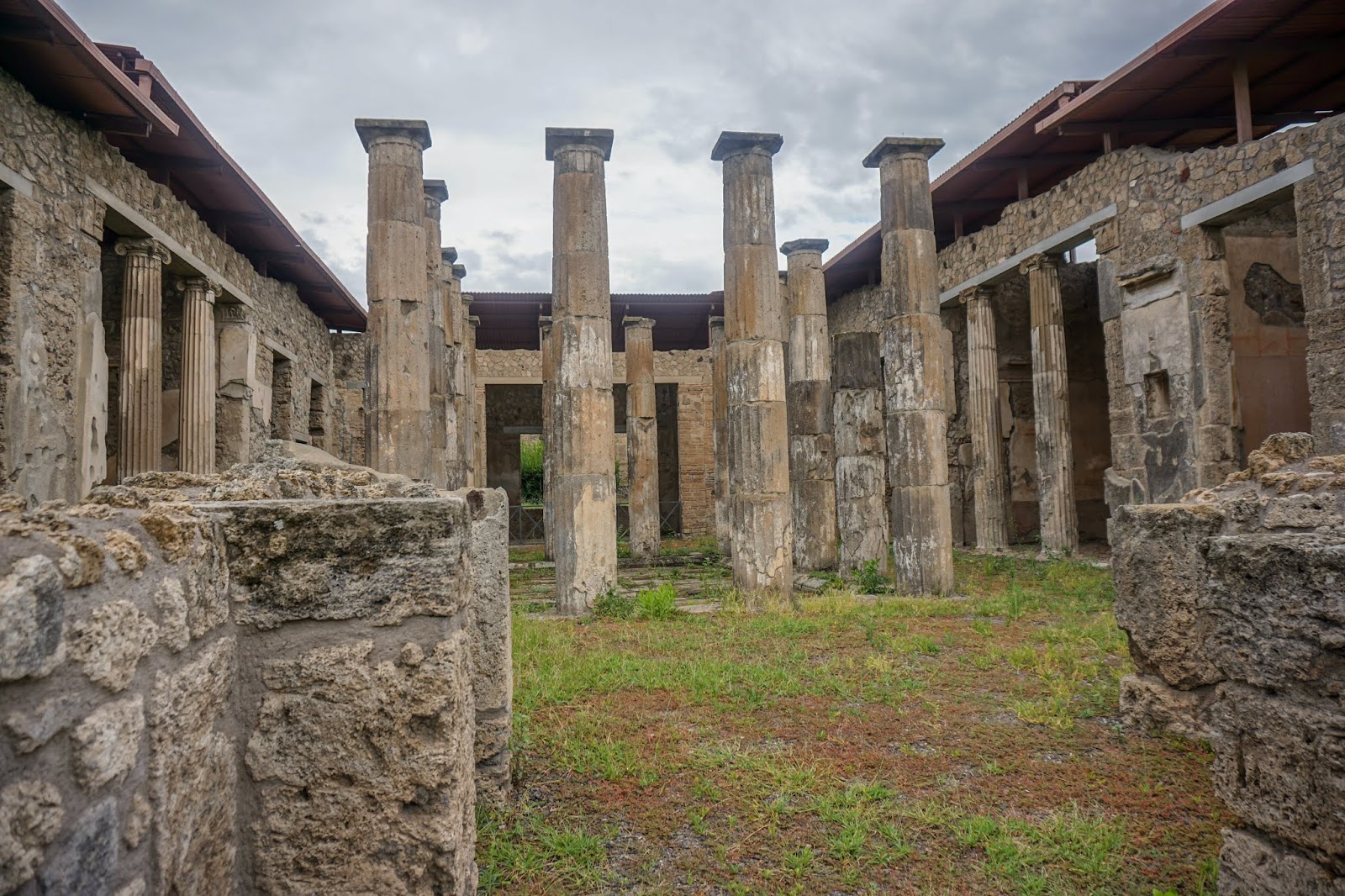 Amalfi
We spent the night at a bed and breakfast in Ravello, a beautiful little town that overlooks Amalfi. The next morning we hiked down to the coastal city. We enjoyed beautiful views of the coast the entire way down and stopped to appreciate the location regularly. In Amalfi we perused the shops and picked up a bottle of Lemoncello, the area’s lemon liquor. 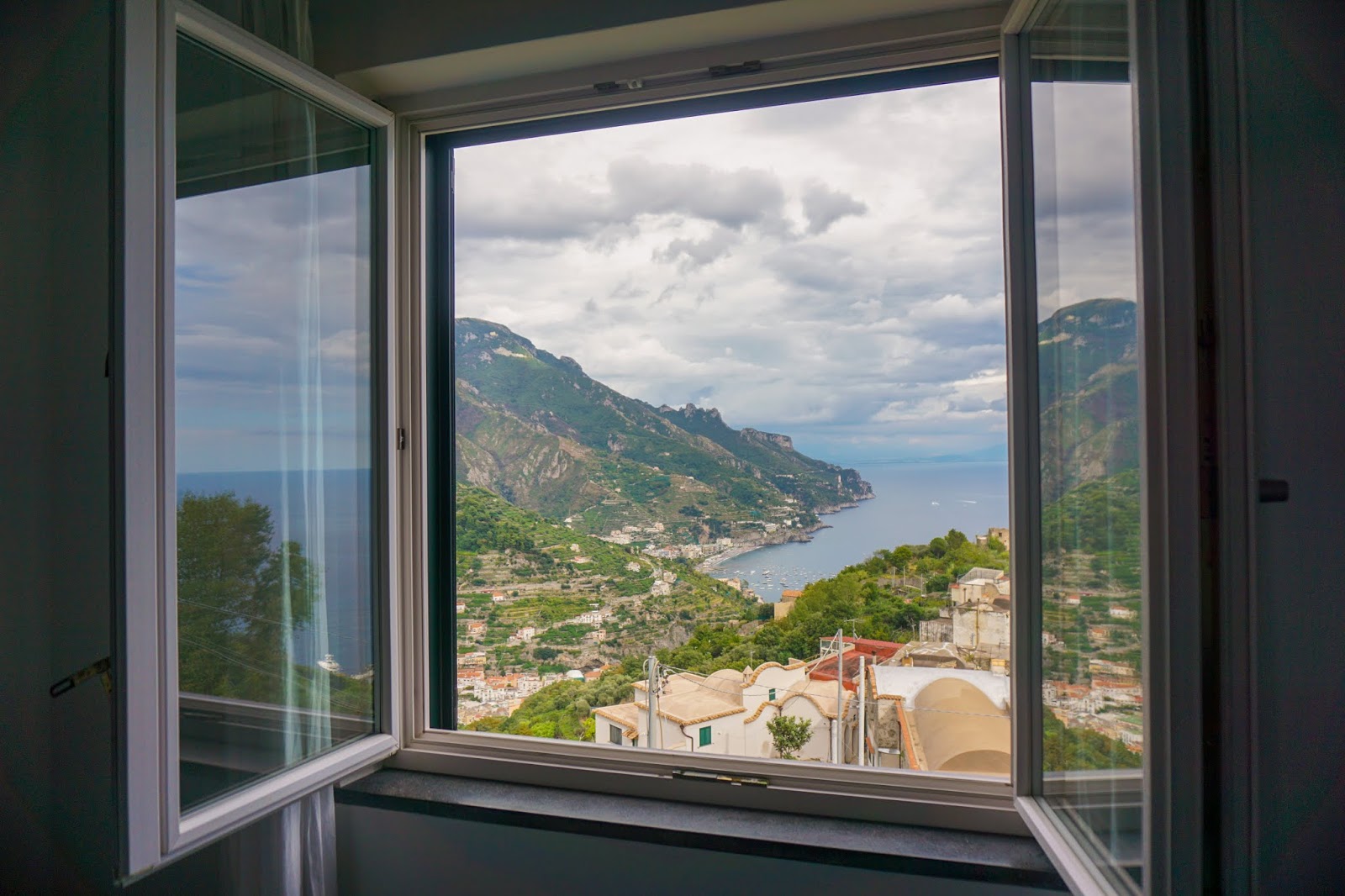 Positano
Similar to Amalfi, Positano offers colorful architecture and rocky beaches. We hiked in through the Path of the Gods, a fairly easy trail with spectacular views. It wasn’t until we approached the city that we descended down, down, down steps that we weren’t looking forward to climbing back up. For lunch we enjoyed stuffed paninis at the Delicatessen before heading to our kayaking excursion with Positano Sea Kayak. After a brief lesson in kayaking we headed off with our guide, Mariella, who snapped photos of us while giving us information about the area. We loved our tour which included kayaking to a remote beach and snorkeling in the warm sea water. After another stop at the Delicatessen, we hiked back on the Path of Gods making it just before dark hit. 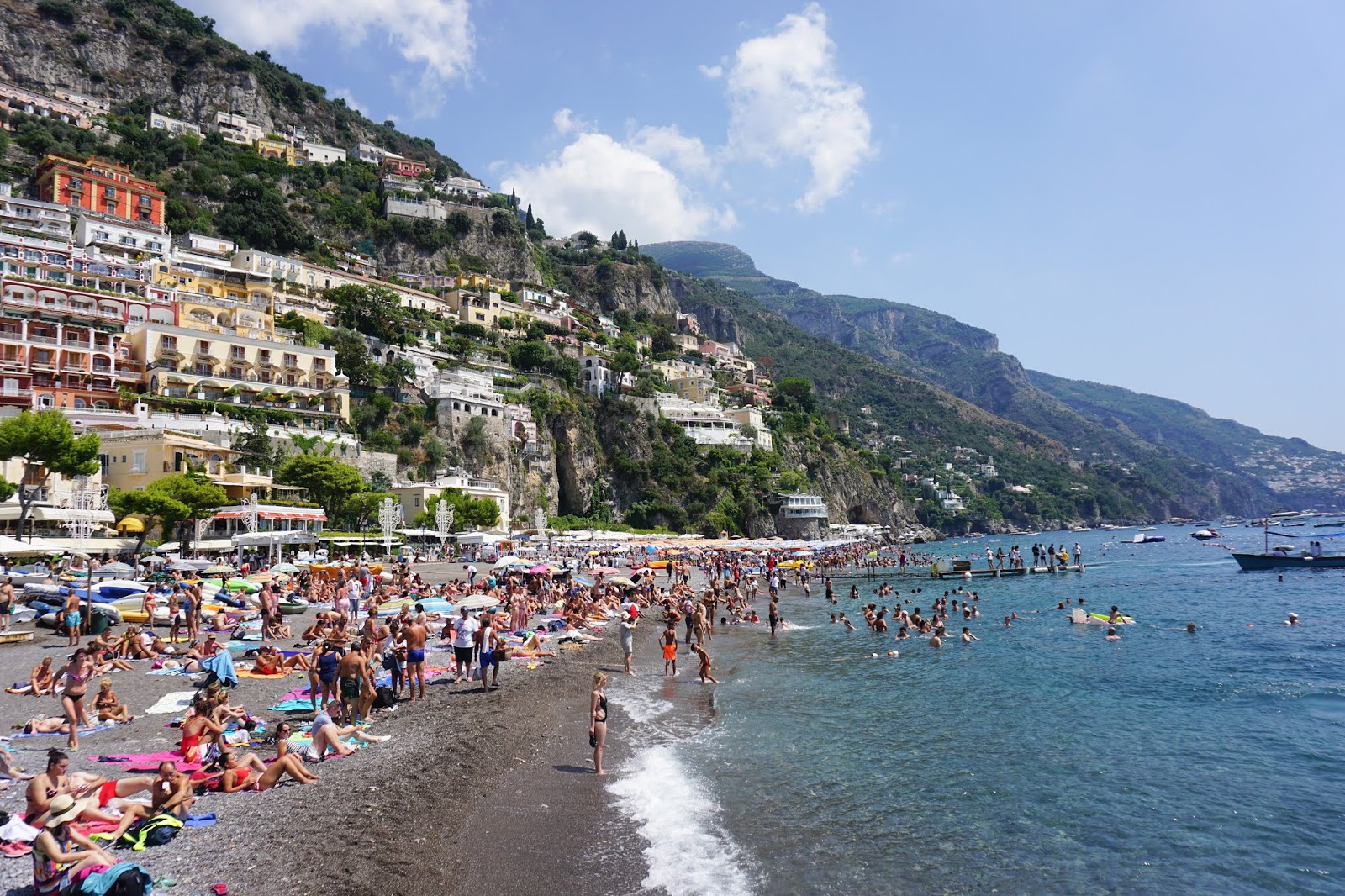 Capri
We dropped our car off in Sorrento and took a ferry to Capri, an island of expensive taste. The main shopping strip on Capri includes designer stores waiting for tourists with deep pockets. After a quick walk through the ritzy area, we decided to head to the other side of the island by foot. Anacapri was less crowded with some local shops. We enjoyed some gelato and took a cable car to the top of the highest mountain on the island. We’d planned on hiking up the mountain, but the intense Italian August heat changed our minds. The cable car was well worth the 10 euros to enjoy the ride and the view at the top. 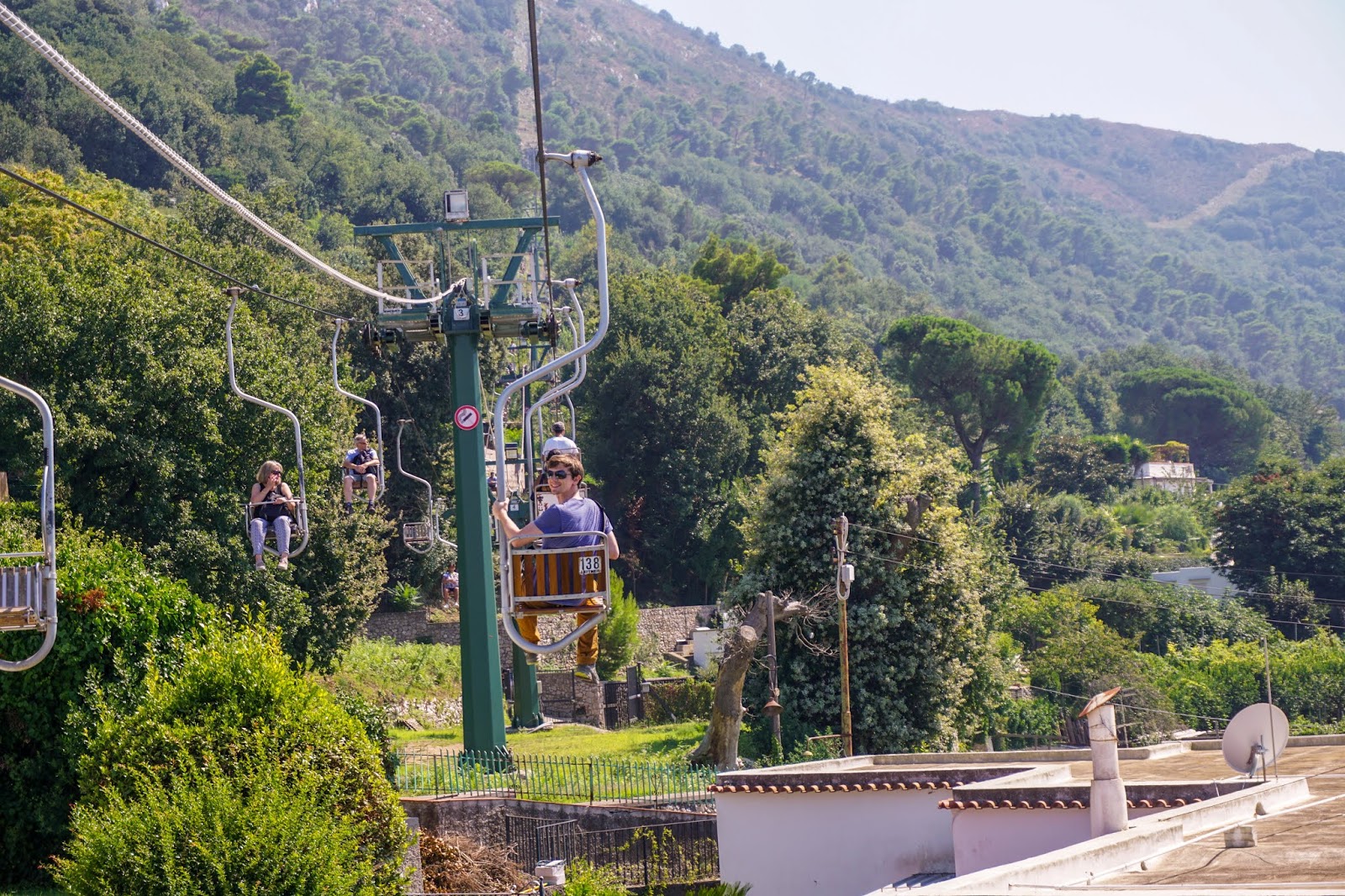 Ischia
Less touristy than Capri, we were able to book an Airbnb on Ischia without blowing our vacation budget. We took a bus a ways up the mountainous terrain to start a short hike to a restaurant at the top of the mountain. From there we enjoyed views of the whole island and some incredible bruschetta paired with chilled white wine. Of our journey throughout the coast and the nearby islands, this might have been the most relaxing and memorable time. 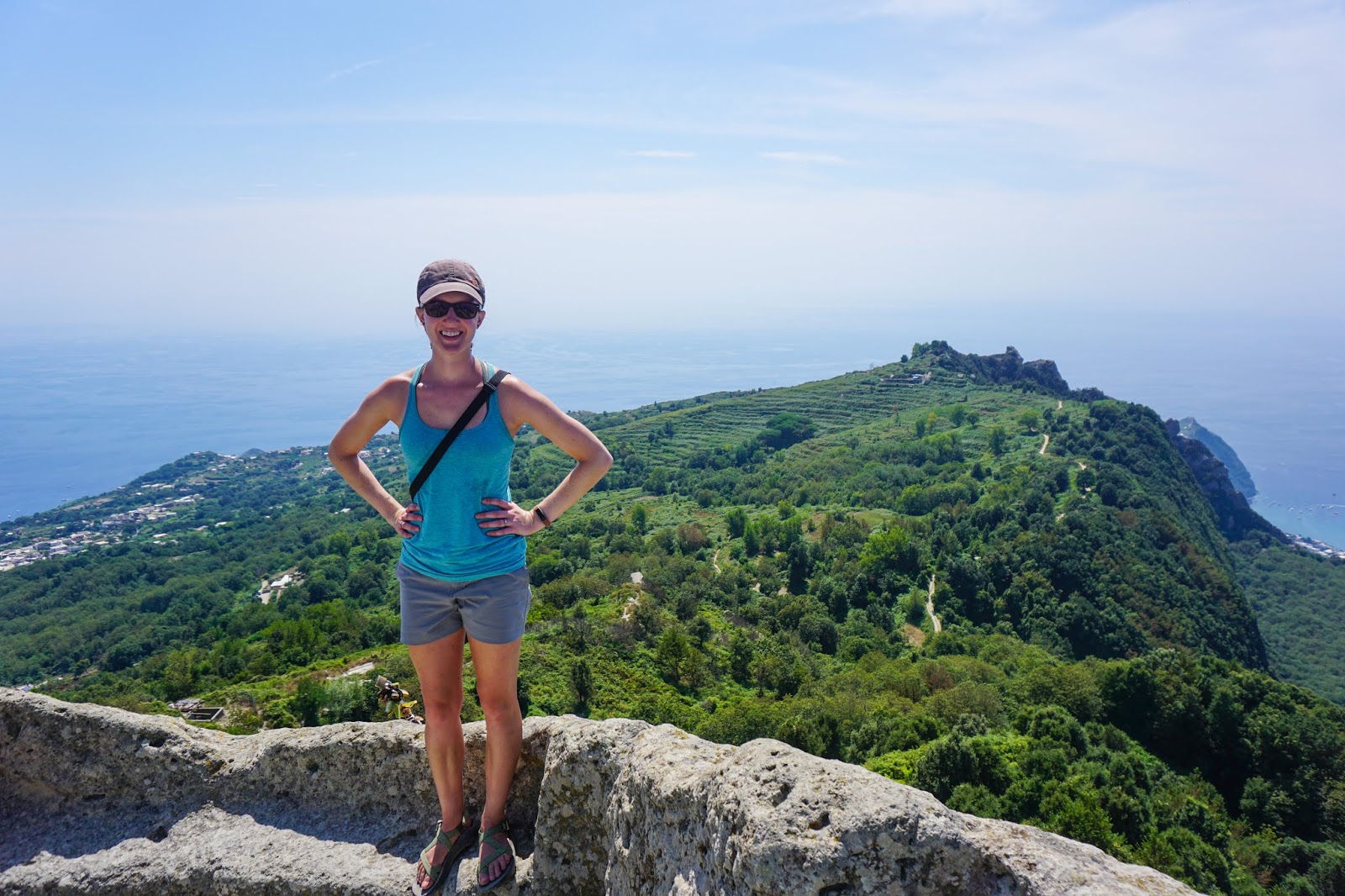 Ischia's most famous attraction, Castello Aragonese, sits on its own tiny island connected to Ischia by a one lane bridge. We spent about two hours exploring the castle, arriving at 9am when it opened so few other visitors were around. If you stop at Ischia, the castle is a must-see! 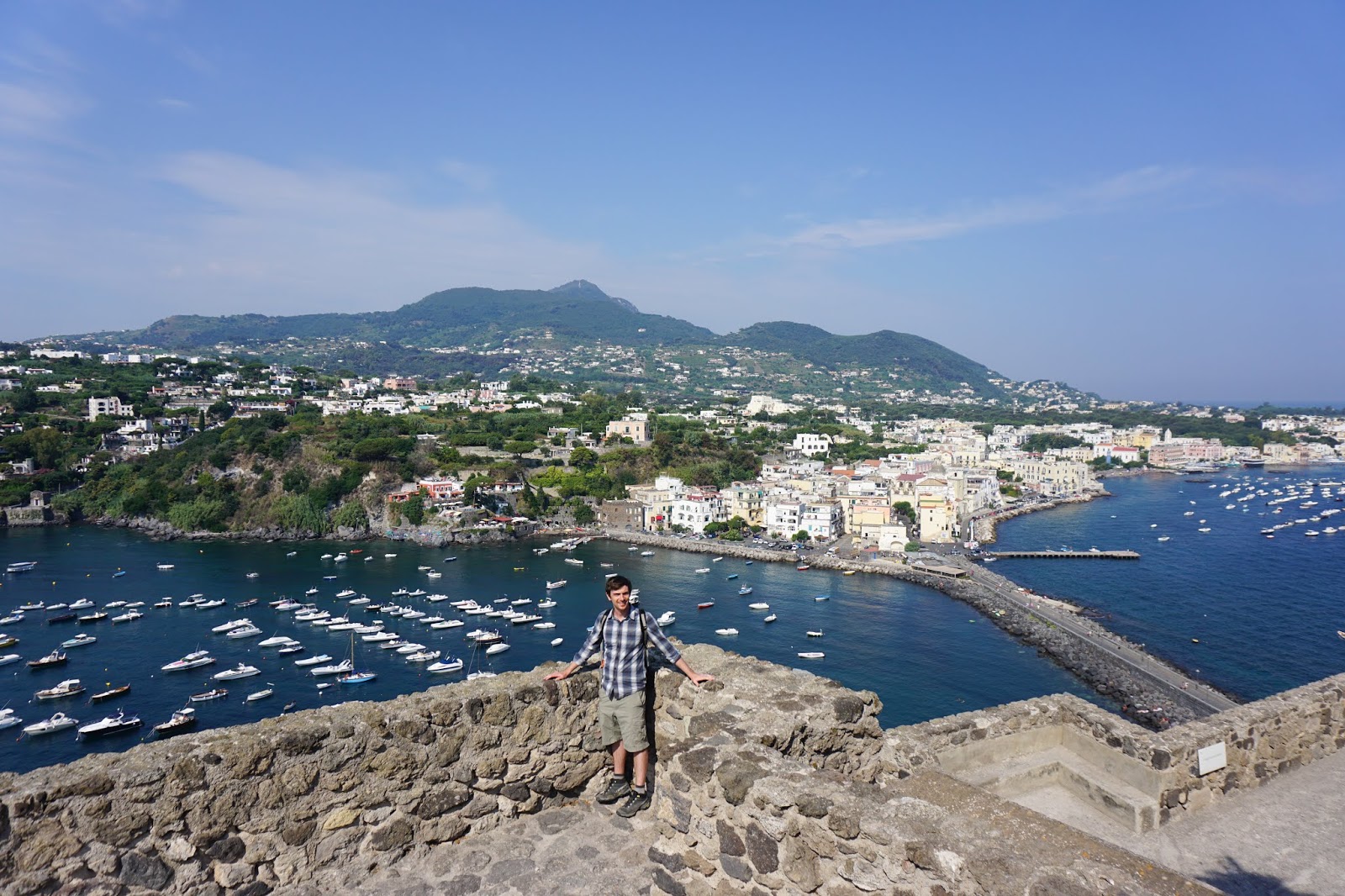 Posted by Courtney at 5:44 PM
Email ThisBlogThis!Share to TwitterShare to FacebookShare to Pinterest