Paris is known for romantic views and savory cuisine to be enjoyed after a day of museum hopping and walking around the city. We spent three days in Paris in July 2019 prior to hiking Tour du Mont Blanc. 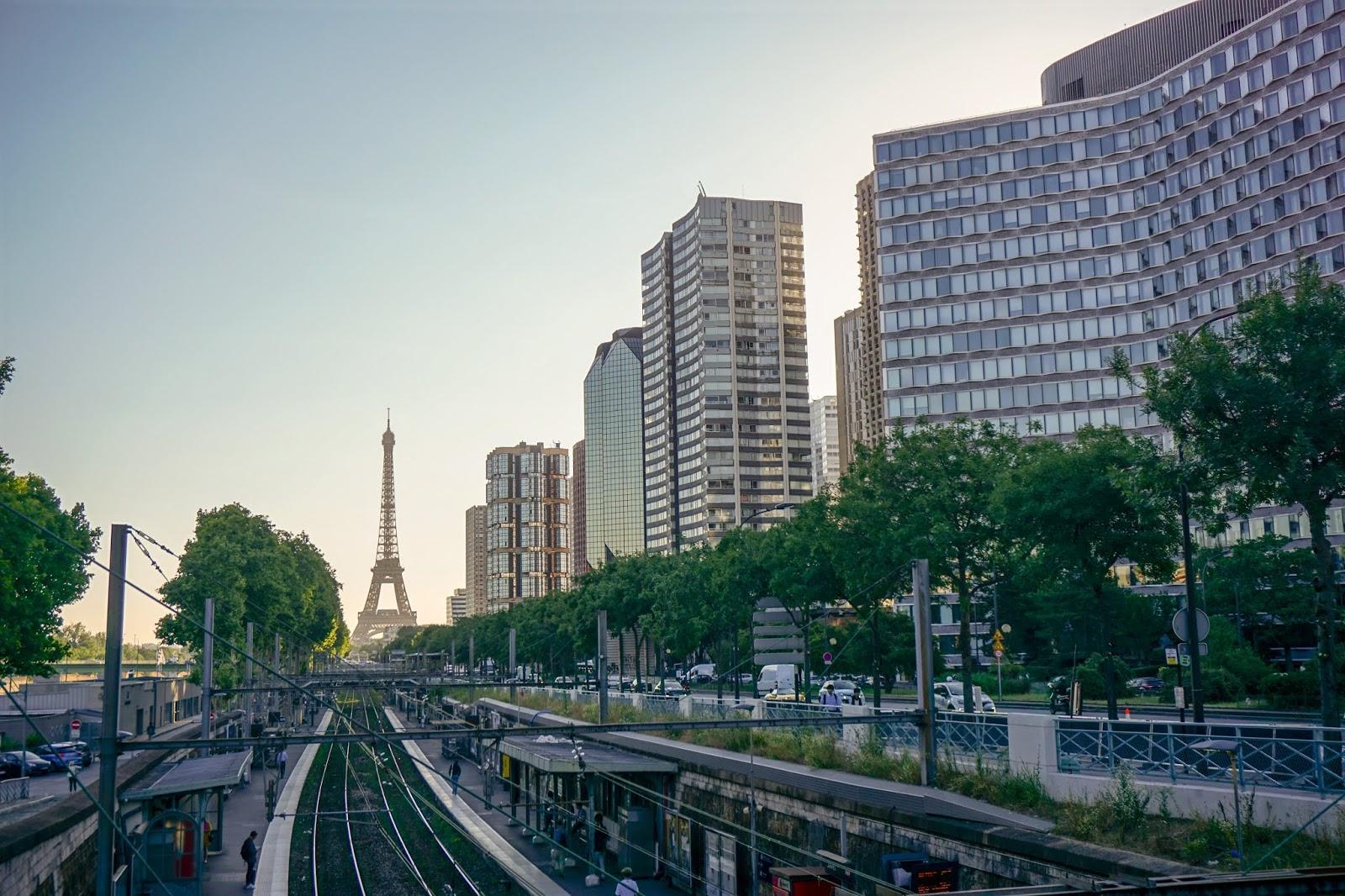 The Eiffel Tower
Of course any visit to Paris would not be complete without the Eiffel Tower. The great thing is that you can see this iconic structure peeking above the skyline all over the city. I honestly enjoyed seeing the tower from afar more than up close.
The Eiffel Tower isn't super close to anything so plan on at least a 30 minute walk to get there if you're staying close to the city center. We looked at purchasing tickets to go up in the tower 2 months prior to our trip, but they were all sold out. You can get tickets there, but when we tried to the line did not move. This was in the rain, so I can't imagine how bad the line gets in better weather. A digital display informed us that the wait to go from the 2nd floor to the summit, which can only be accessed by elevator, was 45 minutes. The whole thing seemed a little over crowded and we opted to skip going up. After all, if you are at the top of the Eiffel Tower you are looking down at Paris without seeing the tower! Of course I'm sure it's a fun experience to go up, but we didn't feel like we missed out on much. 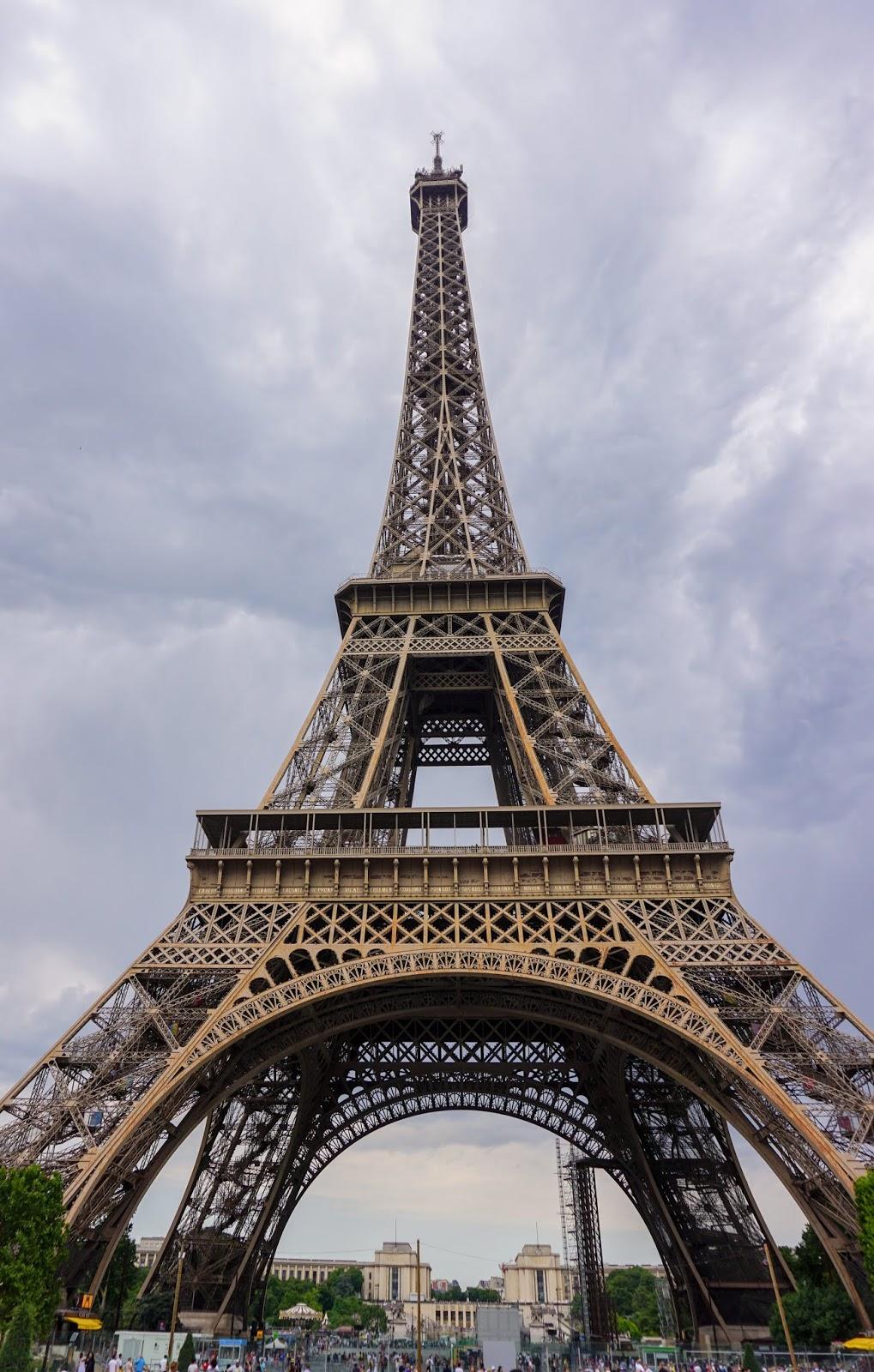 Sacré-Cœur
Another great attraction away from the city center, we ended up taking an Uber to Sacré-Cœur after stopping at the Eiffel Tower. This basilica is Roman-Catholic and has some of the most beautiful architecture. It's situated on a hill and you climb up ornate stairs to see the large columns and equestrian statues. Be sure to go around the back and check out the gargoyle water drains perched on the corners of the roof. 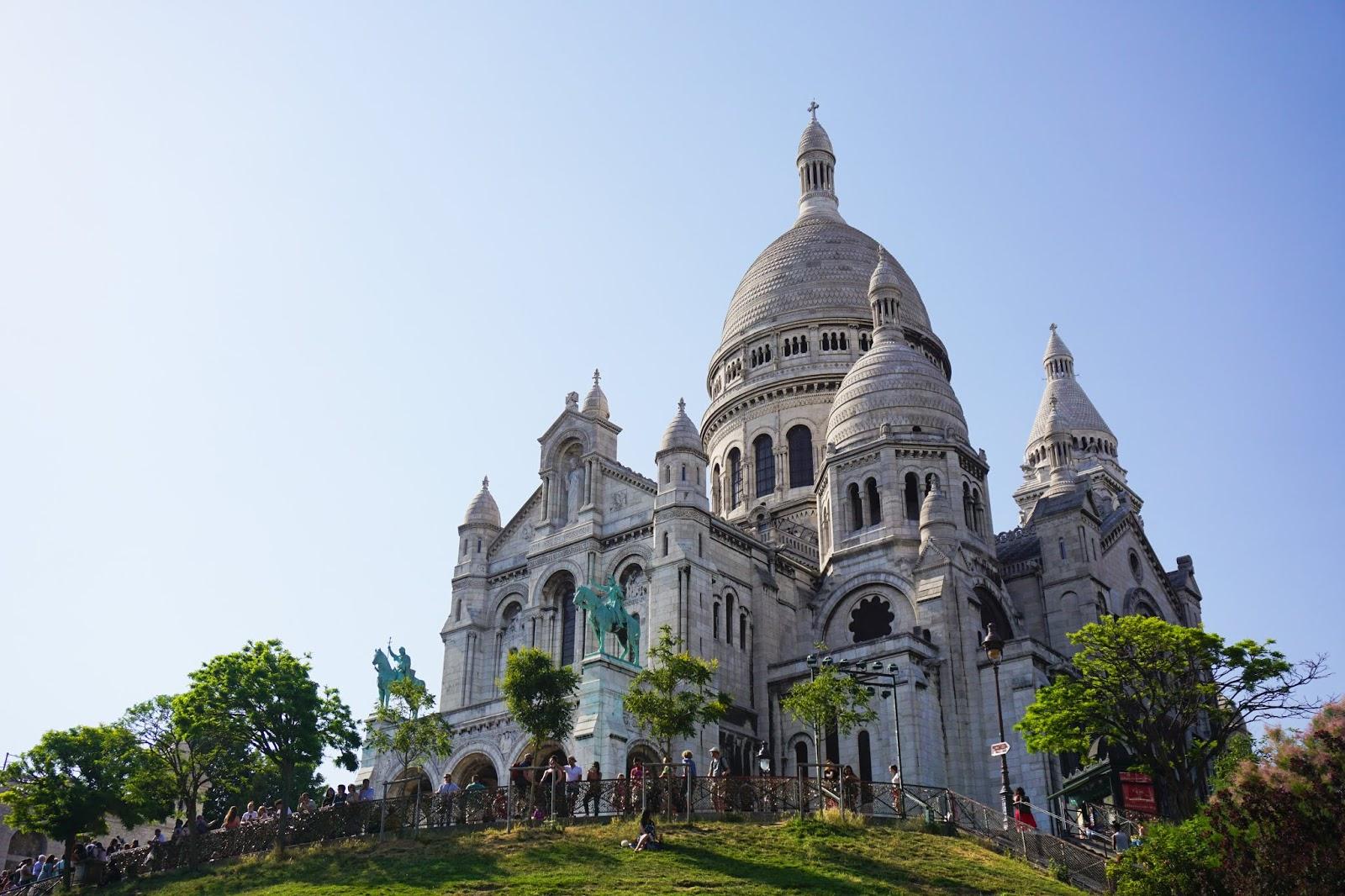 Lourve
We purchased the two day Paris Museum pass for 98 euros for the two from the tourist center in the Lourve. There was barely a line to purchase the museum pass, but the line to get into the Lourve took a while even though we were there right after they opened. We spent two and a half hours exploring the world's most famous art museum.
The most touristy wing holds the Mona Lisa in her own room. In this wing, I was just amazed at the sheer quantity with paintings stacked on top of each other like there just wasn't enough wall space to host it all.
We were very interested in the ancient Egyptian wing with its amazingly well preserved sphinxes, obelisks and a 4,000 year old mummy. 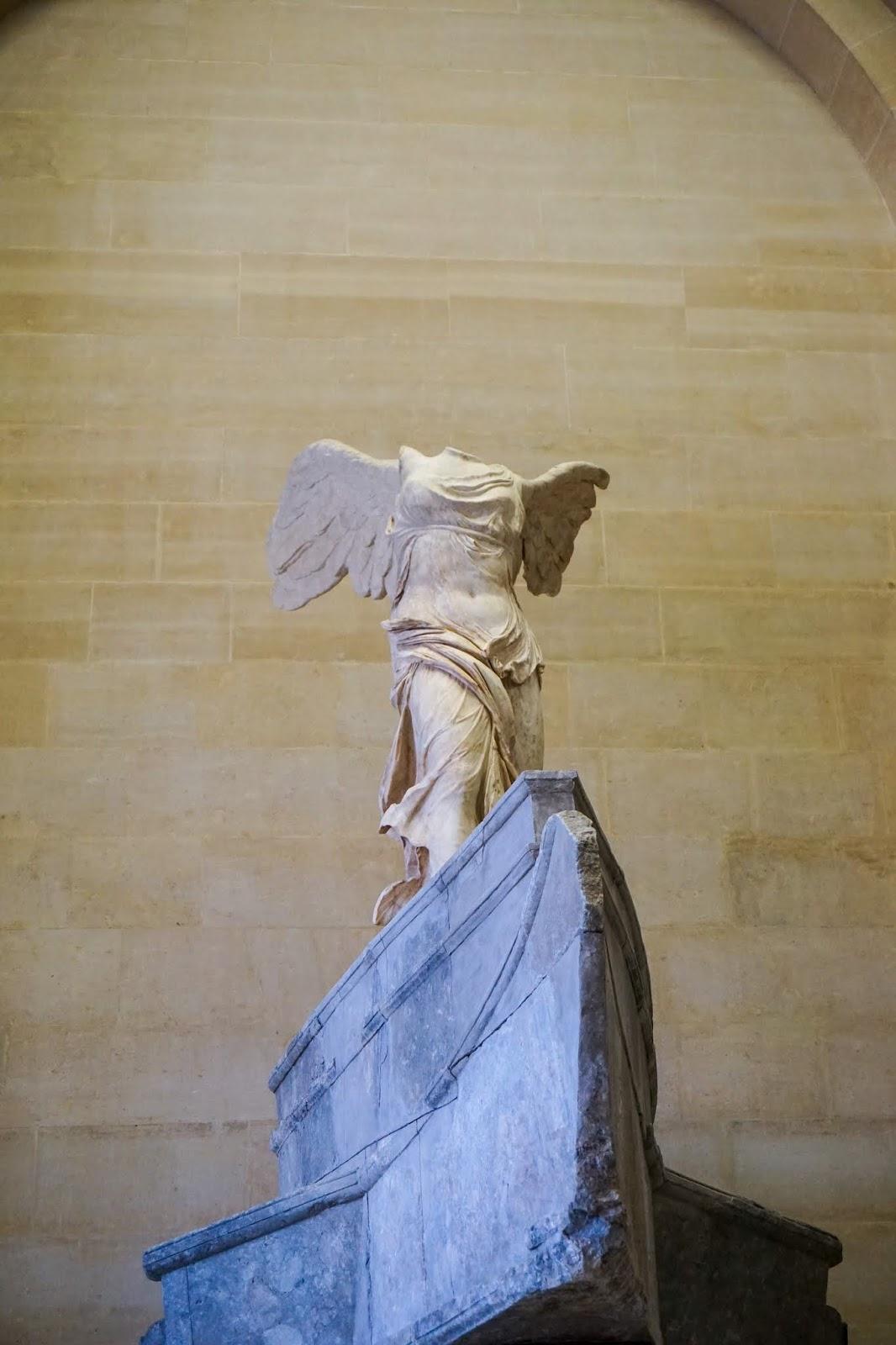 Luxembourg Gardens
Taking a stroll in the Luxembourg Gardens is a great way to spend an hour for free in Paris. The landscaping is beautiful and we enjoyed watching children push toy pirate ships around the pond with wooden sticks. This area offers plenty of shade and a grassy lawn where you can have a picnic or just relax. 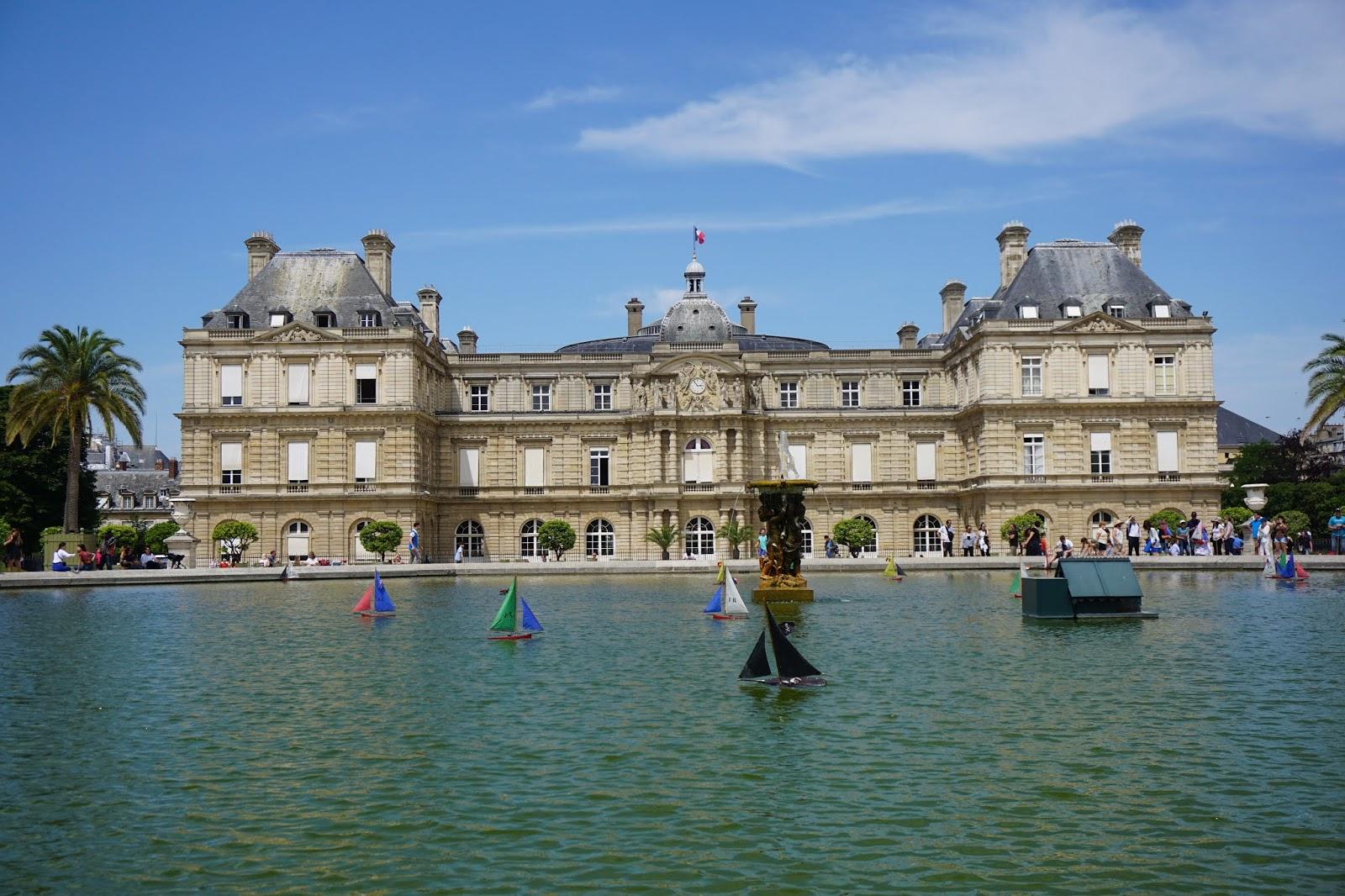 Pantheon
A quick stop included in our museum pass, we enjoyed walking around the Pantheon. It hosted an interesting temporary exhibit about deafness and sign language as well as tombs in the basement. 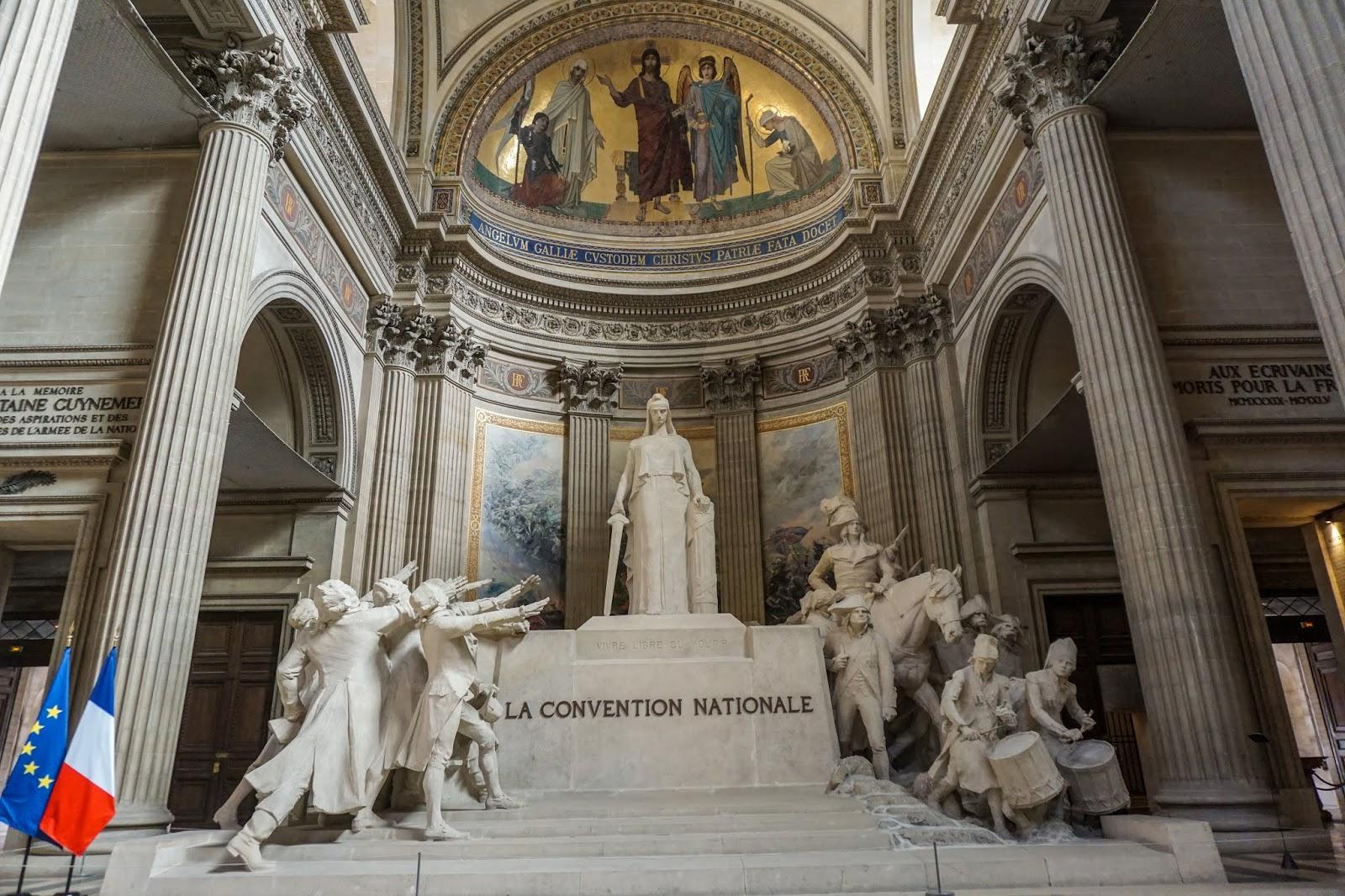 Saint Chapel
The stained glass church is included in the museum pass. Another perk of the pass is skipping the line which was particularly long for Saint Chapel. Although we only spent about 10 minutes inside, it was a worth while stop to see the incredible stained glass. We visited later in the day when the sun shone through the glass just right. 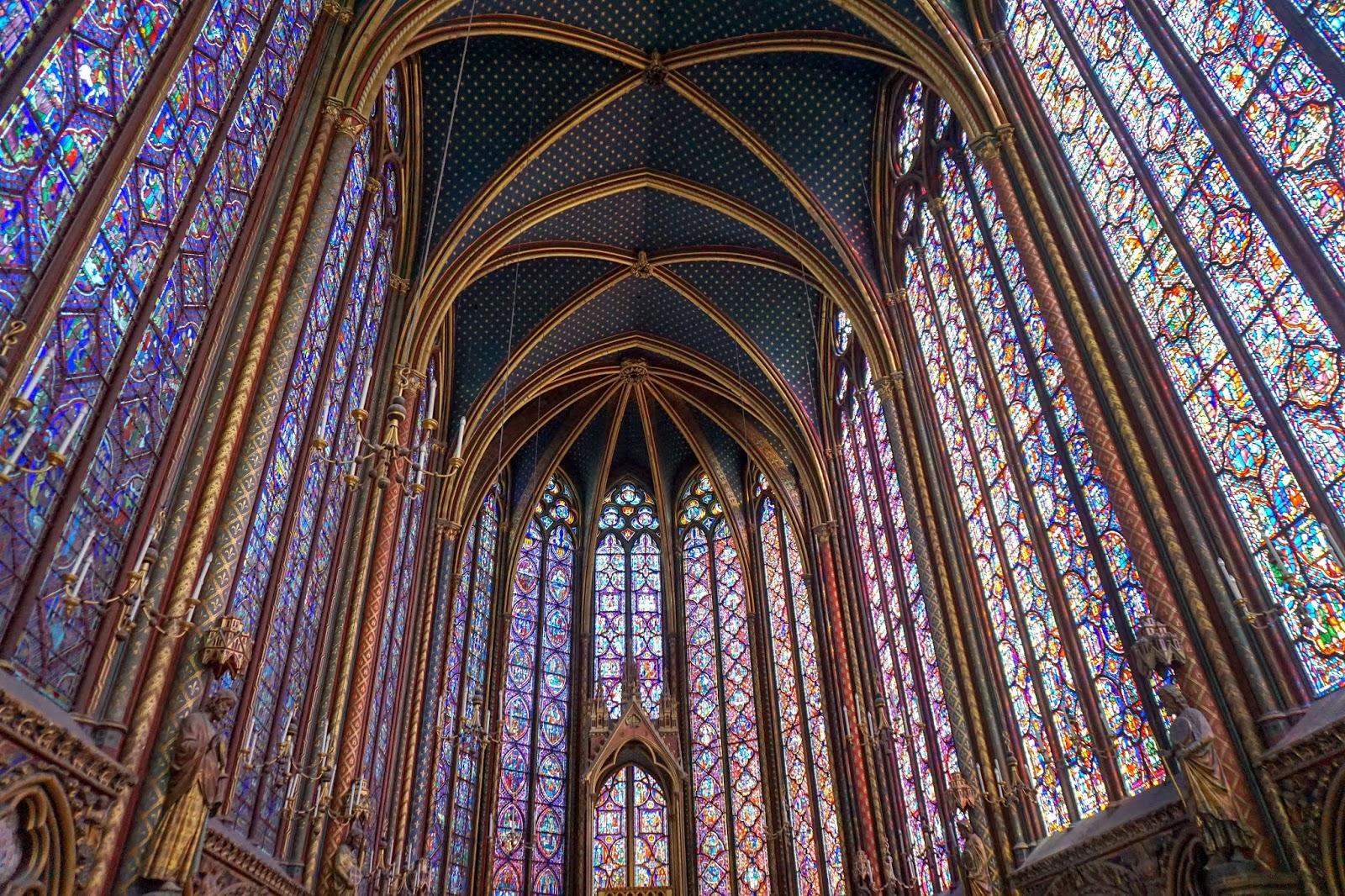 Arc de Triomphe
Going up in the Arc de Triomphe is included in the museum pass. We took the metro to go out to the arch. A seemingly never-ending spiral staircase brings you up to the top of the arch where you get an amazing view of the city including the tower on the skyline. 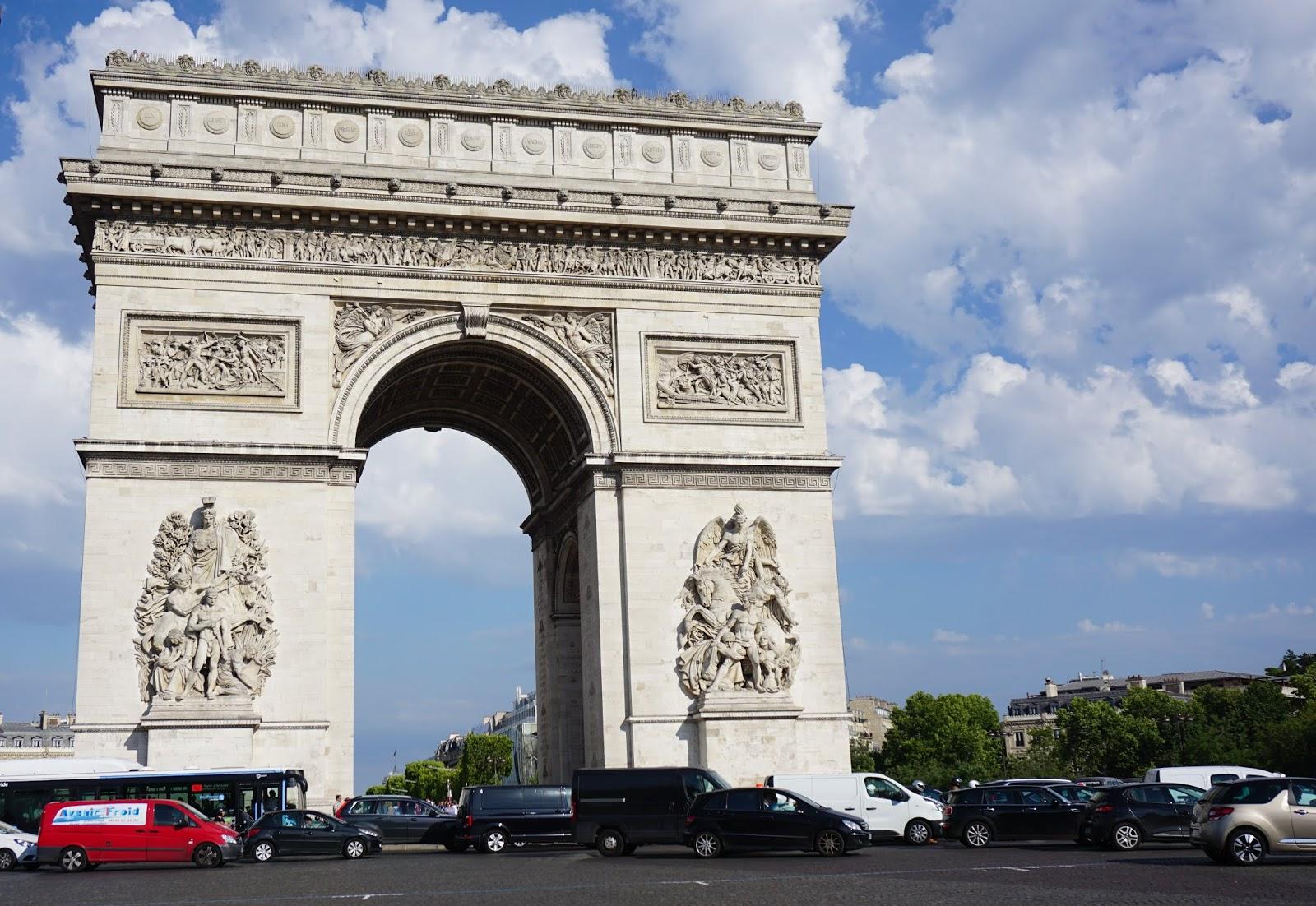 Versailles
You have to take the RER train to get to Versailles since it's about 45 minutes outside of Paris. The palace opens at 9, but we arrived at 8:15 and were among the first 20 people in line. Although we had to wait a while for the gate to open, it was well worth it to have the palace practically to ourselves. We enjoyed the Hall of Mirrors while it was still empty and appreciated the ornate rooms without fighting a crowd.
Our museum pass included entry into the palace but not into the gardens. We paid 9.50 euros each to explore the gardens which have numerous fountains and colorful flowers. The music playing made it feel a bit like an amusement park. In total, we spent two and a half hours at the palace and gardens. 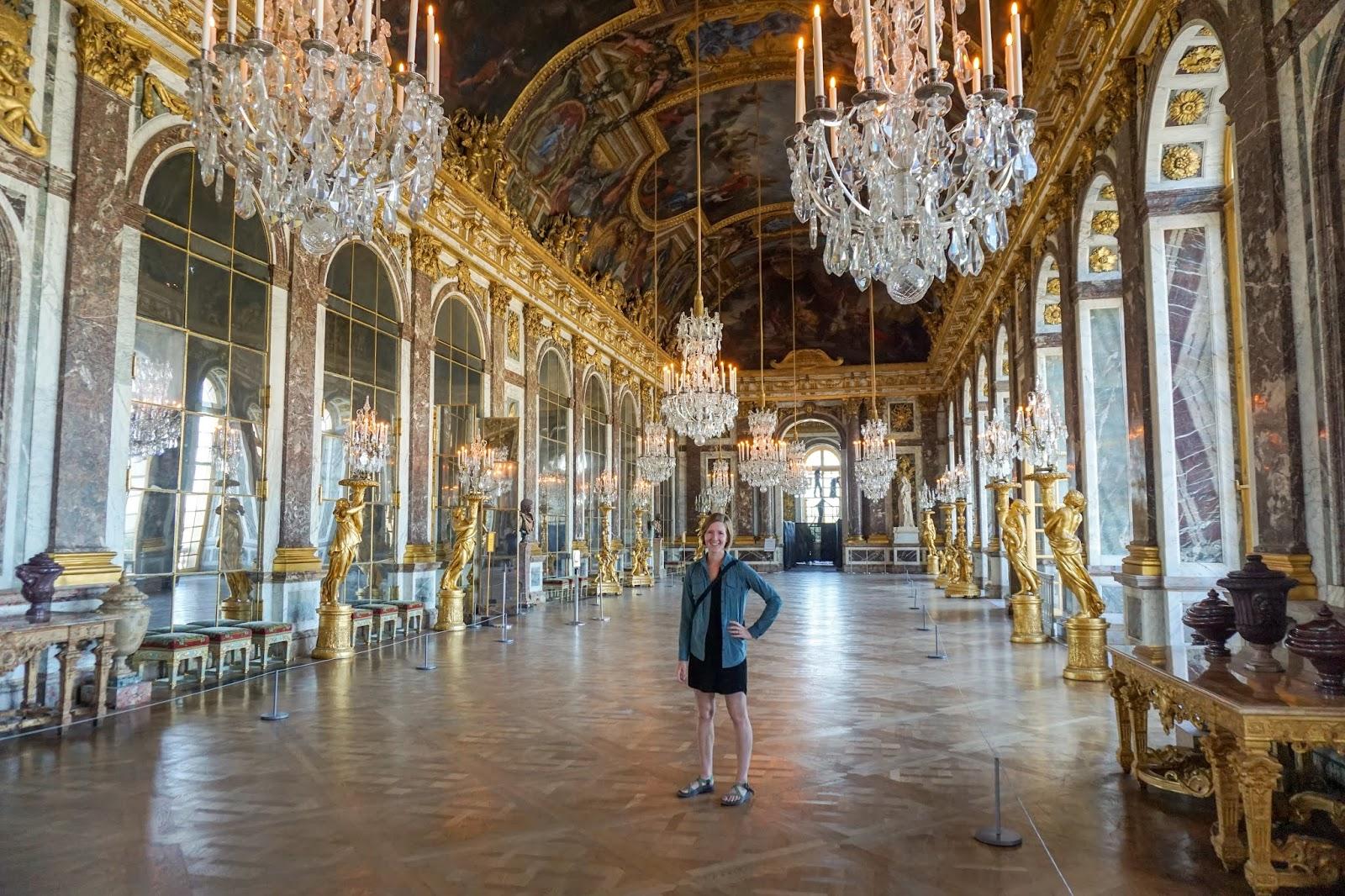 Posted by Courtney at 5:49 AM
Email ThisBlogThis!Share to TwitterShare to FacebookShare to Pinterest