Try Some Mole in Puebla

If you're like us, after a few days in a big city it's time for a break. We chose to escape by visiting the little city of Puebla. In our short visit, we tried authentic mole, enjoyed the nightlife, and visited the forts from Cinco de Mayo. 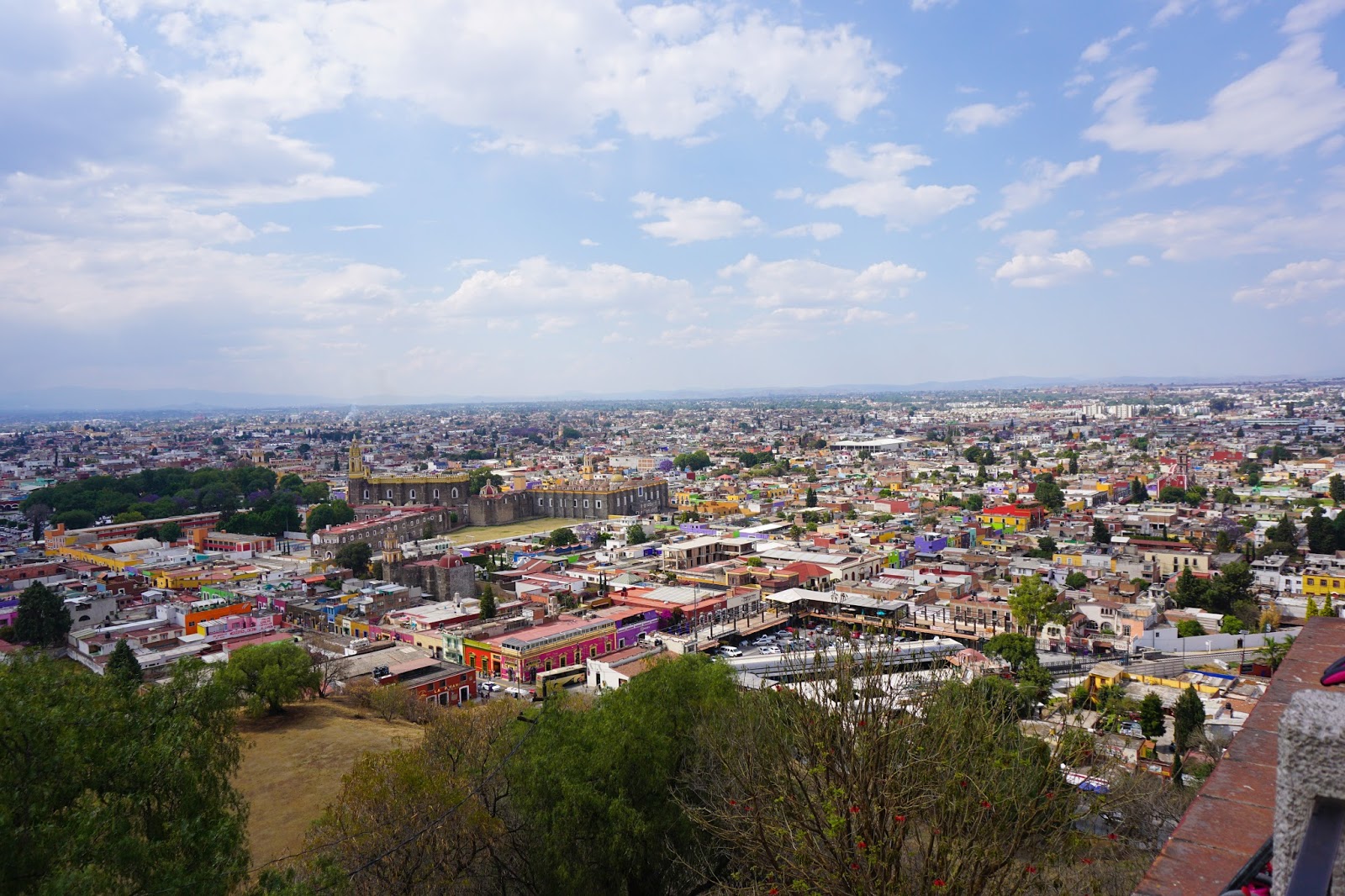 You can take a bus to Puebla from the Mexico City bus station. We took the Estrella Roja bus which leaves almost every hour for around 300 pesos. Our bus was comfortable with air conditioning and an unforgettable in transit movie, Paul Blart: Mall Cop in Spanish. The trip should be about 2 hours but can take much longer thanks to the infamous Mexico City traffic. I recommend getting a seat on the right side of the bus so you can get a view of the two famous volcanoes, Popocatépetl and Iztaccihuatl. When we arrived at the Puebla bus station, about a mile and a half from the city center, we opted to walk into town rather than catch another bus. With our full packs and the Mexican heat, the trek seemed a little long, but we enjoyed seeing the town's architecture and even found some amazing quesadillas (sin queso for me) on the way! Returning to Mexico city, we took a small van to the bus station from the city center to avoid repeating the long walk. 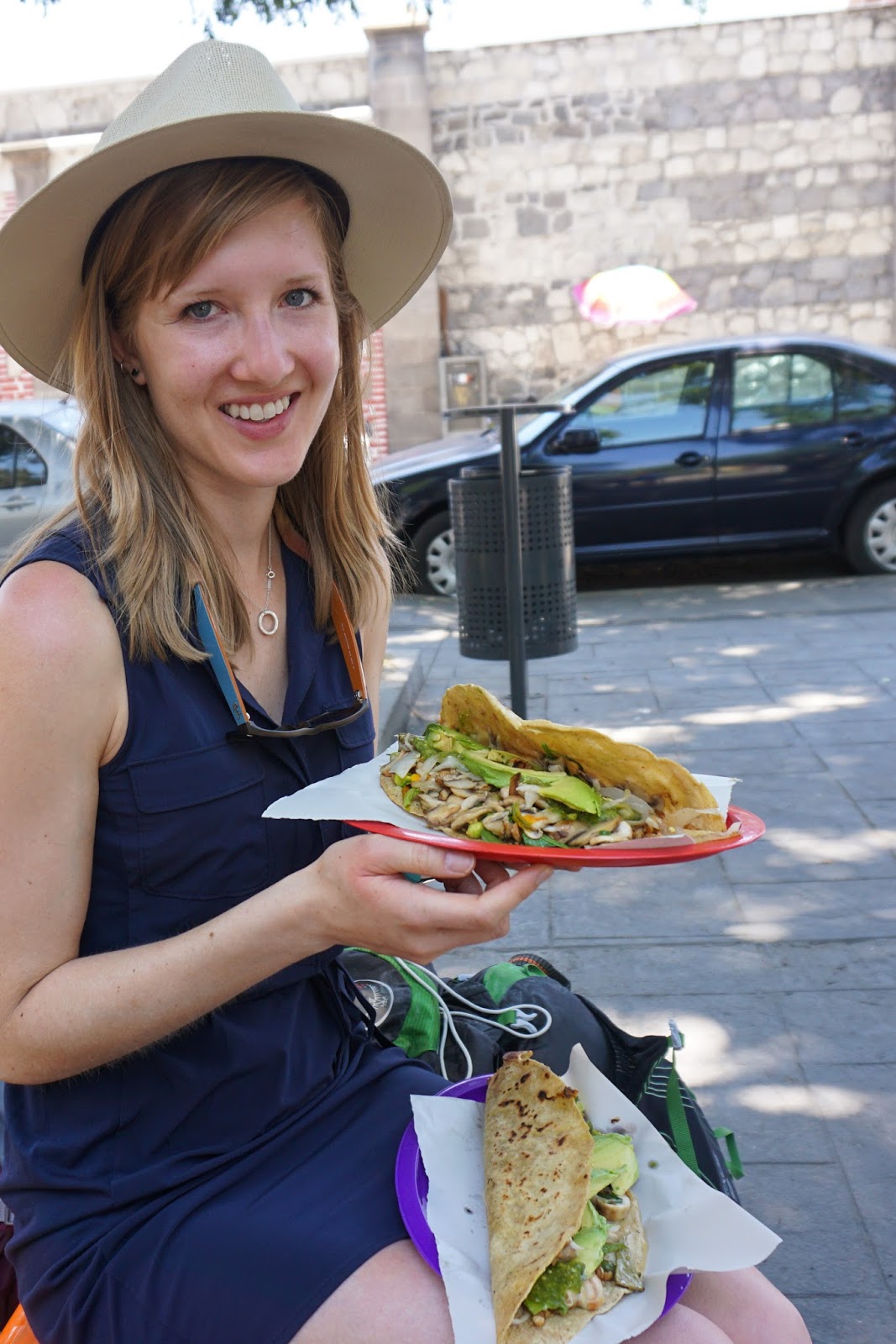 Cholula
If you're in Puebla, you must visit the amazing church and pyramid in Cholula. Only 20 minutes from the city center with buses running regularly, these attractions draw a crowd with their incredible architecture. It's a short but very steep climb to the top of the hill where you can see across the whole town. 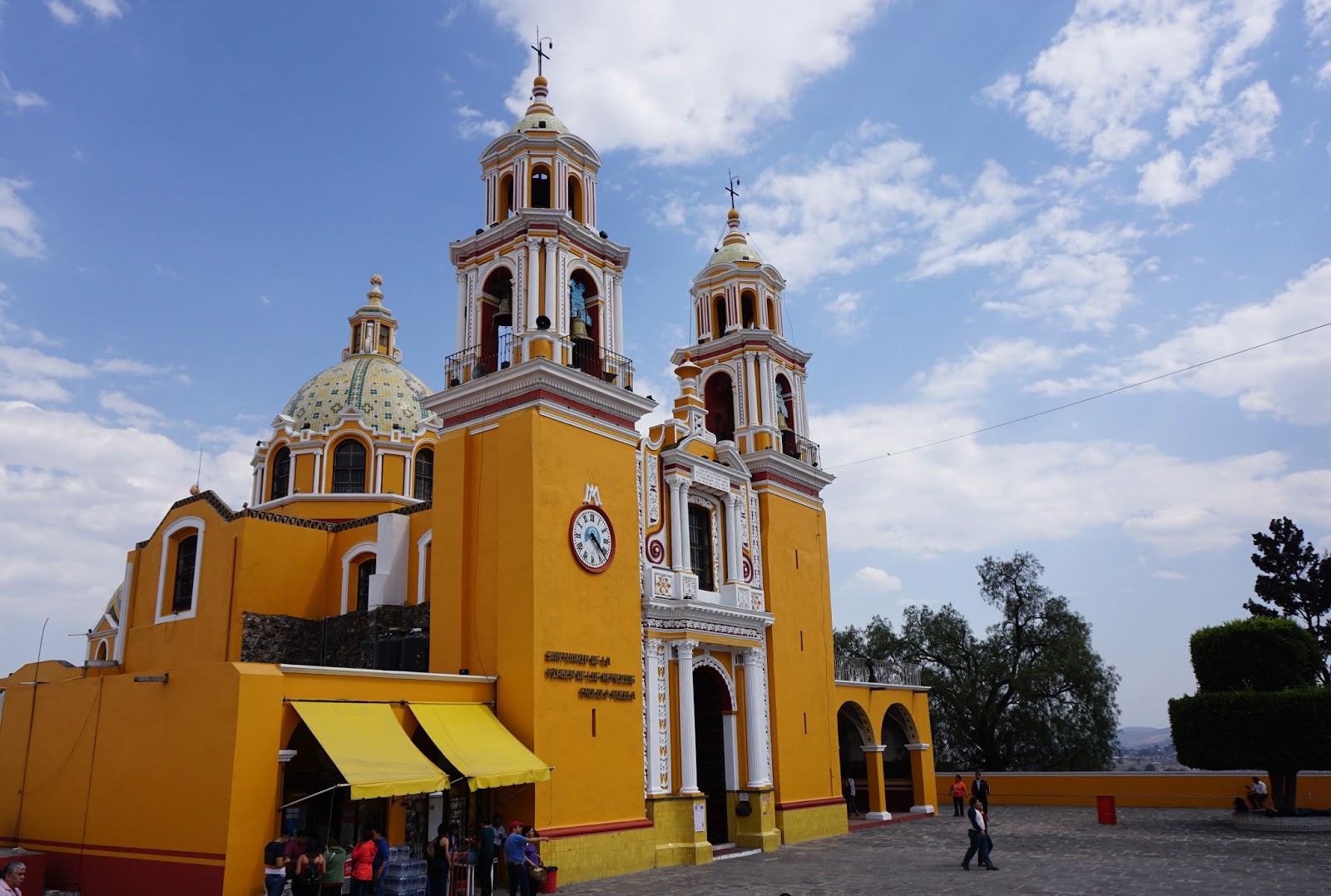 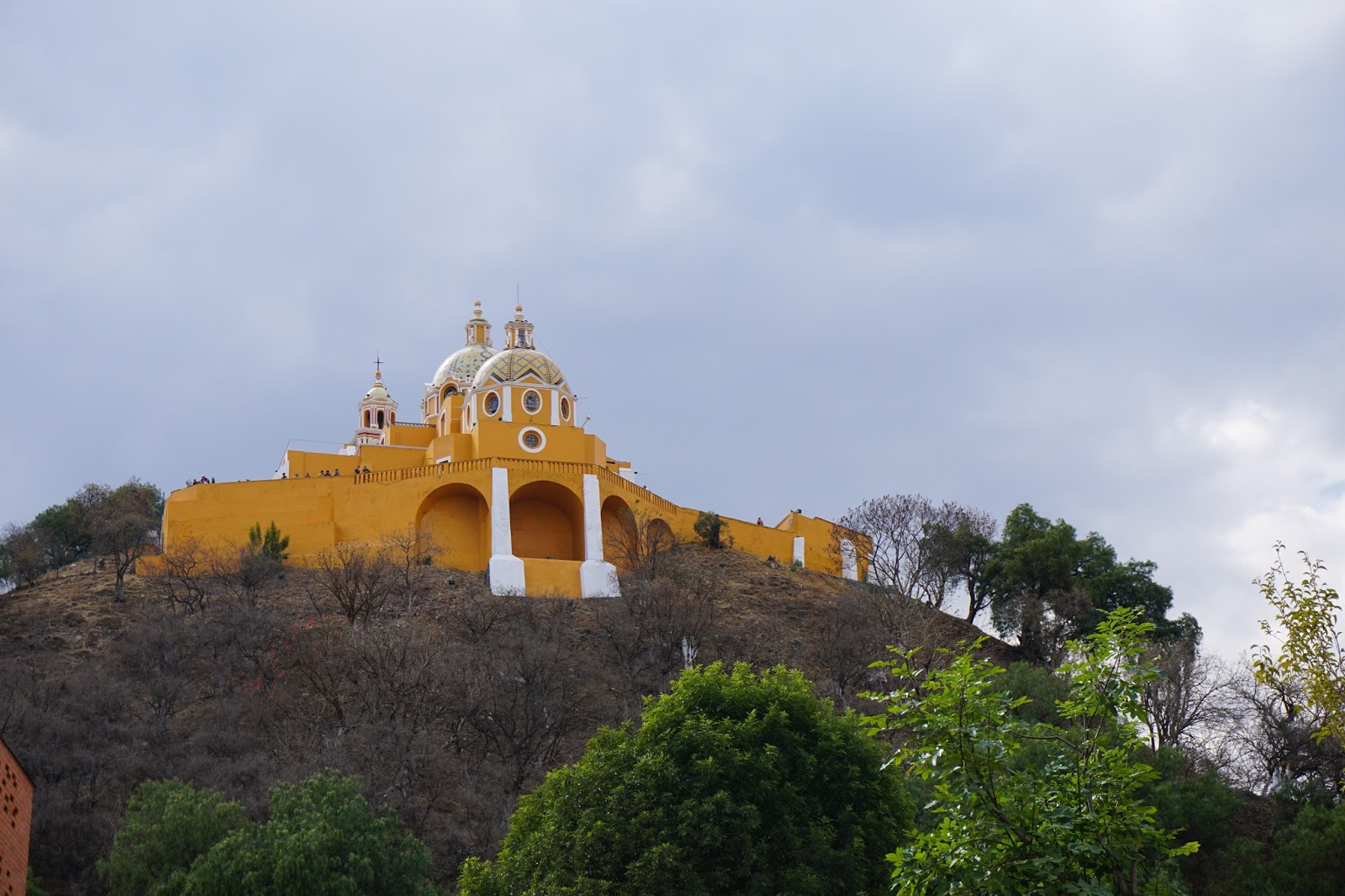 Cinco de Mayo
The Battle of Puebla took place on May 5, 1862 when Napoleon tried to establish a French empire in Mexico. In commemoration of the Mexican victory, the people celebrate Cinco de Mayo (though perhaps not as enthusiastically as some margarita loving American college students). Americans often confuse this with the Mexican Independence Day, which is actually September 16th and a much bigger celebration than Cinco de Mayo. Only a short bus ride from the city center, Forts Loreto and Guadalupe are worth a stop. Entry to the park is 47 pesos or free on Sunday. We went into the small museum in Fort Loreto for 22 pesos each and enjoyed learning about the history of Cinco de Mayo. After the museum we opted to walk around the park and downhill back to the city center for the sake of time rather than see Fort Guadalupe. 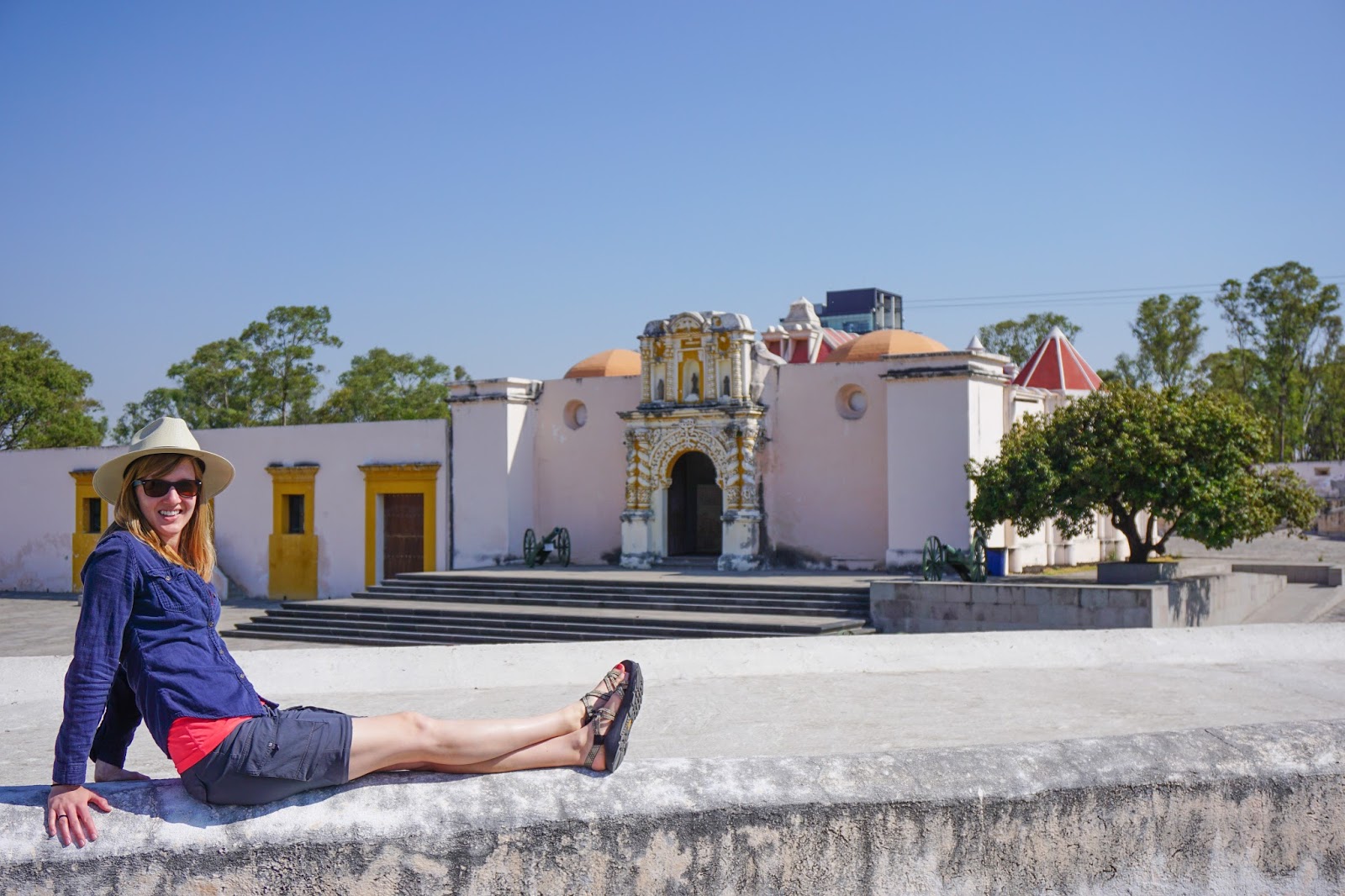 Mole
If you've never tried mole poblano (or even if you have!) be sure to sample some in the city that invented it. We set aside some money specifically for a nice mole dinner in Puebla. After researching several different restaurants, we chose El Mural de los Poblanos and were not disappointed. Though our dinner was a little more expensive than your typical Mexican fare, it was one of the most memorable meals we had on this trip (perhaps after Contramar in Mexico City). We had the mole sampler platter with duck and a salad. We enjoyed tasted the different kinds of mole, surprised by the wide variety and questioned what makes a sauce mole. Our favorite was the traditional mole poblano. 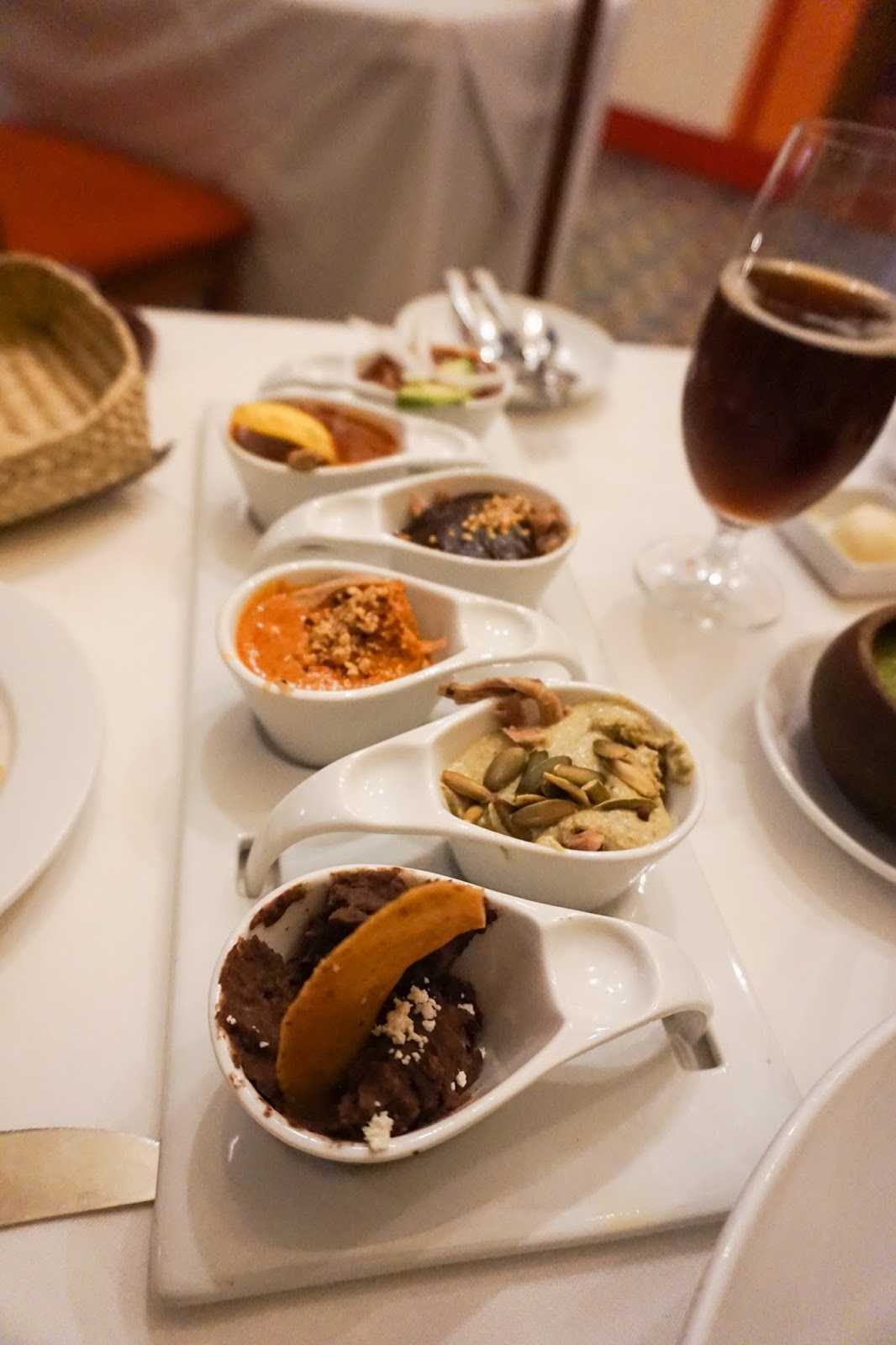 Night Life
Like any small town in Mexico, the locals gather around the central town square in the evenings. We enjoyed the atmosphere with vendors selling circus like toys to small children and adults chatting while enjoying a meal and drinks on the restaurant patios. Additionally, the large church in the center of town looked particularly spectacular lit up in the dark. 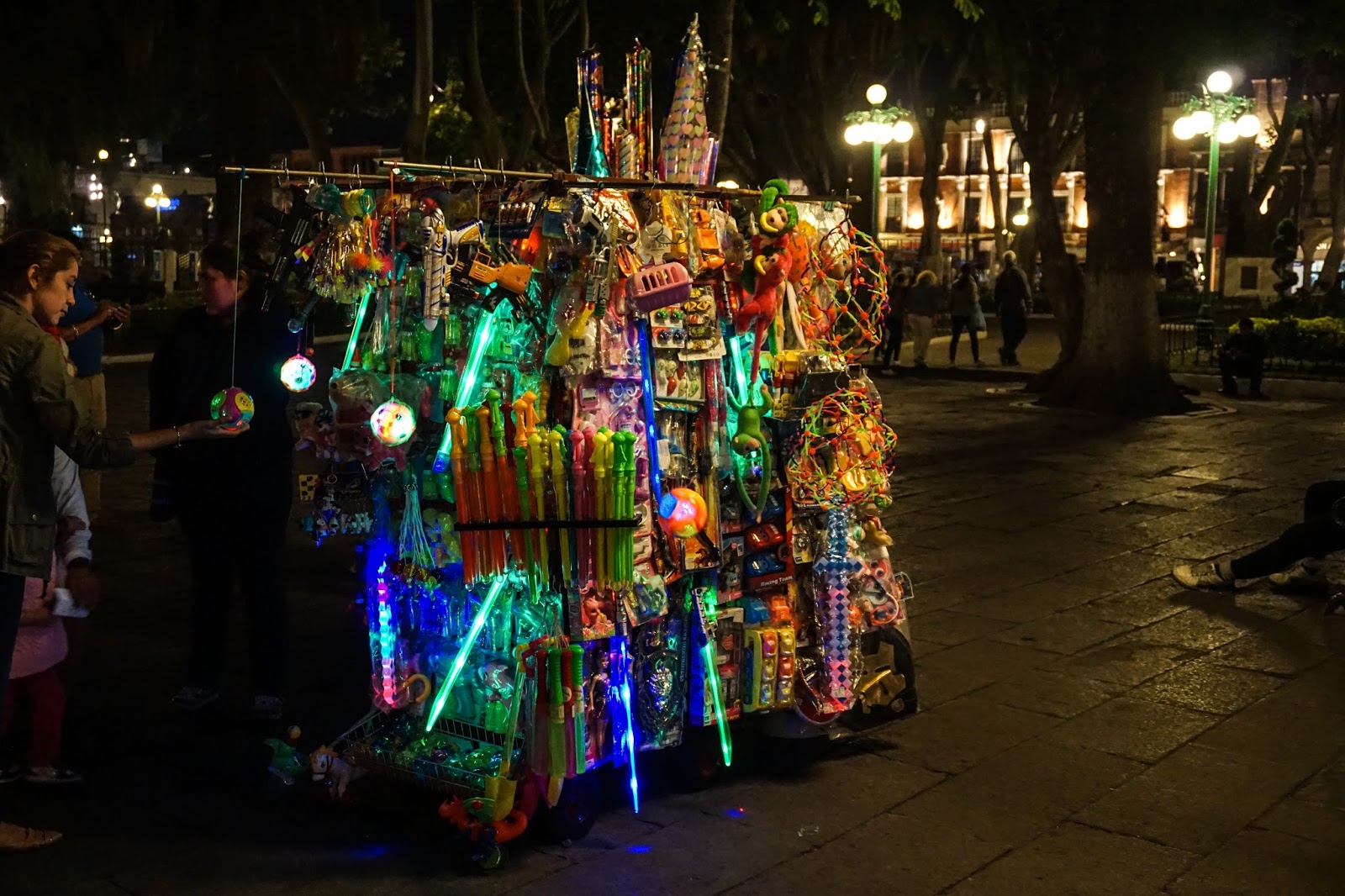 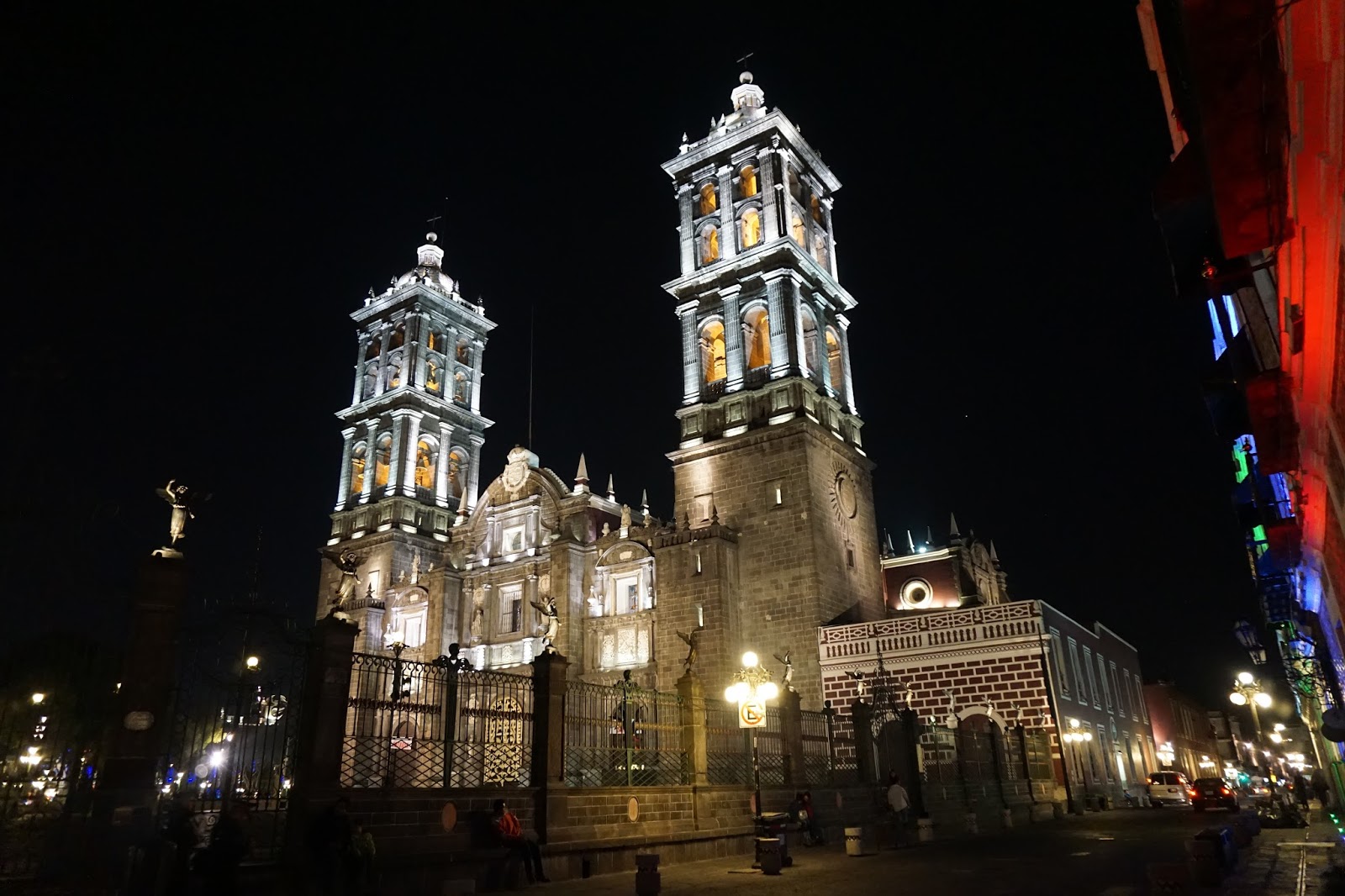 Posted by Courtney at 11:51 AM
Email ThisBlogThis!Share to TwitterShare to FacebookShare to Pinterest